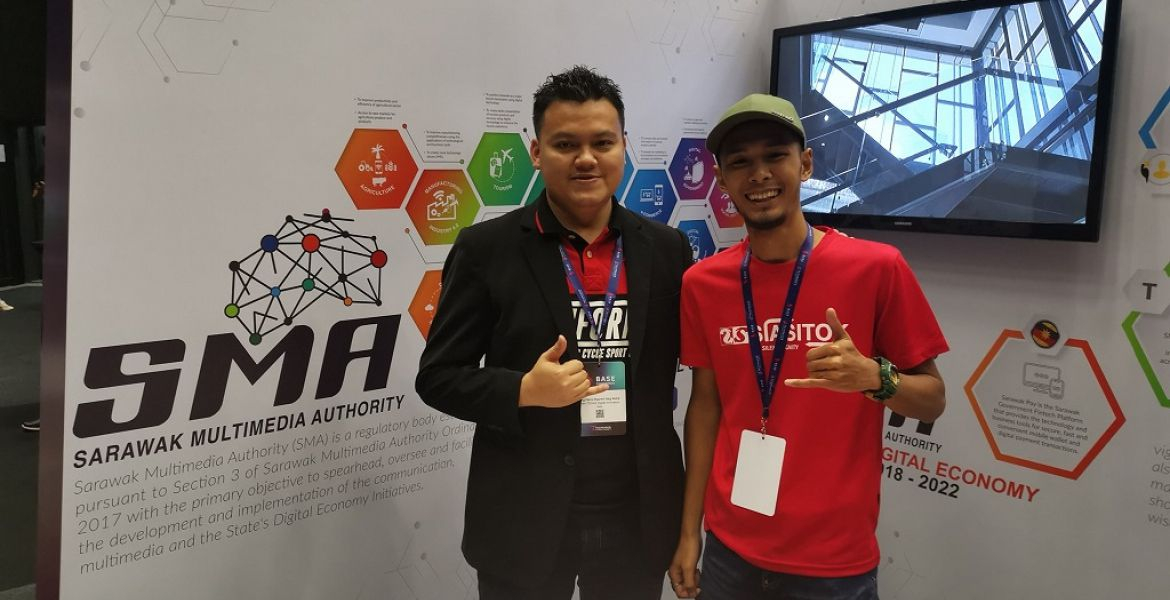 Looking back on his career path, Abang Fairul Syarmil served as a Software Engineer for two years at an Oil & Gas Consultant company, EJ Joint Venture Sdn. Bhd. (EJJV) in the capital city of Kuala Lumpur.

EJJV was the same company when he underwent industrial training before being absorbed to serve there.

He then served as the Senior Executive of Information Technology at the University of Technology College of Sarawak (UCTS) for six years before deciding to open his own company.

According to him, rapid technological advancements coupled with the 'world at the fingertips' have helped entrepreneurs promote and sell products more easily and quickly.

“In line with this development, Caliph Technology PLT is seen as a digitizing agent for an organization that offers software development, mobile applications, and interactive media.

"We are also developing software that can be customized to work for an organization in line with the fast-paced digital world and entrepreneurs see this as a stepping stone in targeting their product sales," he said.

For Abang Fairul, campus life has provided him with a great deal of experience especially in involvement in club activities or association programs.

He advised graduates to continue to gain experience and to dare to try.

Besides, Caliphs Technology PLT, which has been active since last year, now operates ten corporate websites, among its corporate entities including Amanah Raya Berhad, which is the largest customer of its company to date.

Translation by: AMINATUL NOR MOHAMED SAID, FACULTY OF COMPUTING