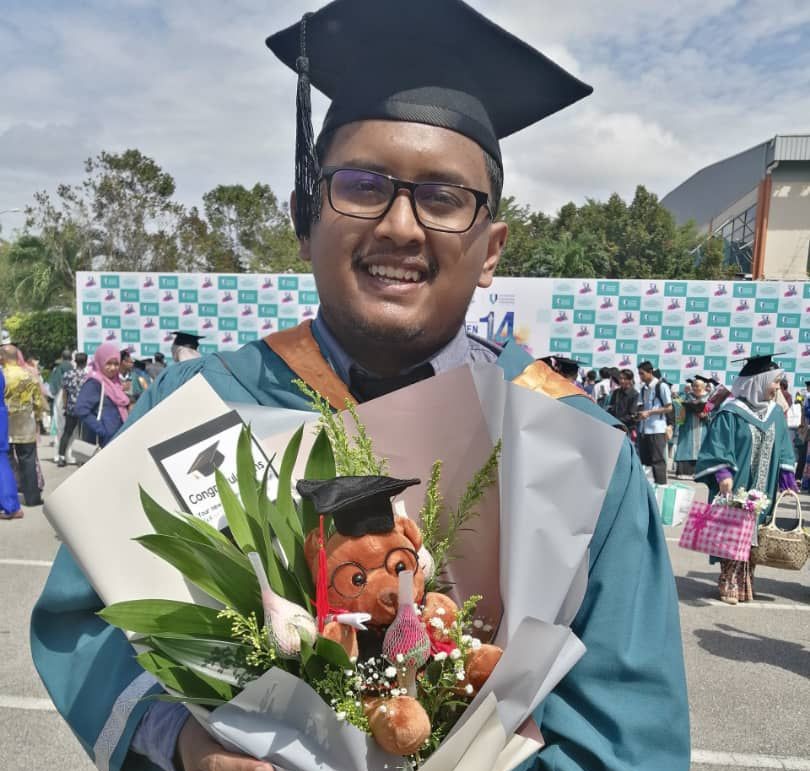 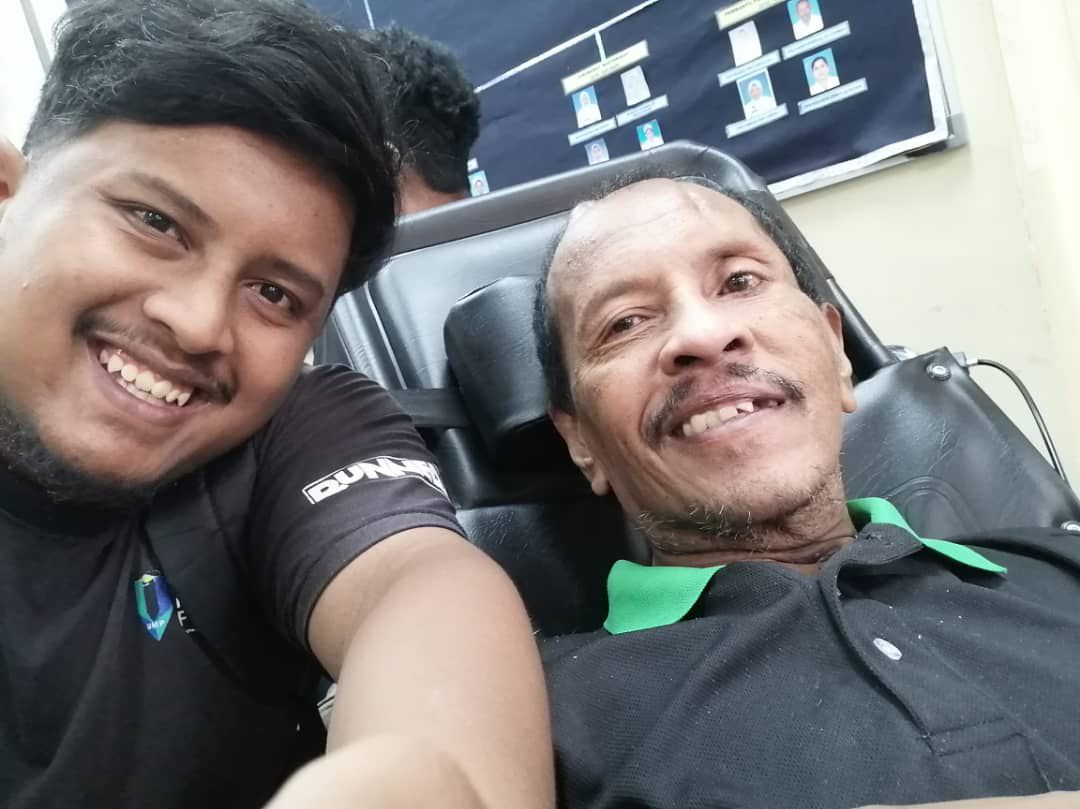 Muhammad Nur Alif Re'dzuan, 24, quitted his job as a programmer and graphic designer in a company based in Cyberjaya to look after his father, Re'dzuan Yusof, 59, who underwent a brain surgery due to aneurysm last April.

The story of this graduate of Bachelor of Computer Science (Software Engineering) went viral in social media.

“As the eldest of two, it is my responsibility to look after my father.

“Especially since our mother left us, my father had sacrificed a lot to take care of us.

“I still remember the words of my late mother during the registration day at UMP.

“She wanted to see me succeed and change the fate of our family.

“My father always encourages me to pursue my study even if my mother is no longer with us,” he said.

Holding to those words, he successfully completed his study and offered a position in a company in Cyberjaya.

But soon after, he was startled by the news that his father had a fever. His father’s high blood pressure had worsened, causing the blood vessel in his brain to enlarge.

After brain surgery, his father's worsening condition needed full-time care, and he decided to quit his job.

“It needs the patience to look after my father. Sometimes it requires two people to lift him during an appointment at the hospital because he currently uses a wheelchair,” he said.

He has to forget his wish to celebrate his graduation with his father and other family members and friends since his father’s condition did not allow him to be left behind.

However, his relatives were so adamant about seeing him receive the scroll during the 14th Universiti Malaysia Pahang (UMP) Convocation Ceremony recently.

They even collected some money for him and took care of his father during the ceremony.

While other graduates attended the convocation with their families, Muhammad Nur Alif took a bus alone from Ipoh.

He was very grateful for his friend, Helmi Hanoin, who offered him to stay at his house before the ceremony.

At the same time, he is grateful for the assistance from the Hospital Raja Permaisuri Bainun Ipoh, Department of Social Welfare, Lembaga Zakat Perak and others.

“My father is now recovering and is undergoing physiotherapy treatment. I really hope he will recover soon.

“This situation is daunting, but I believe every cloud has a silver lining,” he said.