“Adik, let’s put Jalur Gemilang in front of our house to show our patriotism!”

This sounds familiar to every family during August every year. Yes, it is the best moment when all family members sit together to watch the countdown concert on Radio Televisyen Malaysia (RTM). We would all be ready to sit back and relax while waiting for patriotic songs and documentary series to be aired on television. Then, the youths would post this memorable moment in their social media to showcase their love towards this beautiful country. But wait, does this necessarily show that the generations, especially the young ones, love our country enough?

Almost every year, various parties would voice out that patriotism is at a low level among citizens. This issue has been actively debated for so many years, but it looks like our generation has taken no improvement and actions. Some parties may argue that the influence of other cultures, such as the western culture, could diminish our eastern culture and engulf them in time. While this theory may still be hypothetical, our leaders could not overlook this fact. More actions are needed to defend our Malaysian culture from being invaded by corrupted values. There is another view that Bangsa Malaysia concept will be corrupted in the future if no actions are taken to bring back our core values.

Some blame our education system, saying that it is weak, in which not much patriotism is instilled in the youths’ minds. According to them, our education system is less appealing compared with those of foreign countries, which focus more on creativity. They suggest a reformation of the education system so that more moral values are emphasised on the younger generation. At the same time, families should inculcate and allow the young generation to recognise and make friends with people from other cultures. By doing so, the future generation may understand and appreciate their differences in a multi-racial country. They should feel proud to live in a multi-racial nation and co-exist harmoniously.

Personally, I agree to some extent on both arguments. Indeed, the young generation gives less emphasis on patriotism while focusing more on their social appearance. Thus, this issue should draw their attention so their patriotism level can be elevated.

In my opinion, an act of patriotism does not necessarily have to be public. Specifically, patriotism, unlike other scientific measurements, is abstract and hence is non-quantifiable in any scientific way. Instead, it is an instinct: a feeling which is difficult to describe in words. Possibly, it is a qualitative parameter that is instilled during early childhood.

Therefore, one cannot measure patriotism or be labelled as a patriotic person based on their actions. Indeed, I think patriotism should be inherent in our heart, soul, and mind, instead of making the execution compulsory as stipulated by law. In other words, nobody should be asked to demonstrate their love towards this country by being compelled to perform a certain action whether from the society or the country.

Instead, patriotism may go unnoticeable in what we practice in our daily lives. For example, following the standard operation procedure (SOP) suggested by the Ministry of Health (MOH) is an act of patriotism. Staying at home and practising physical distancing is another example. Some trivial practices such as paying income and sales tax on time and obeying the laws and regulation also indicate our responsibility towards this country. From a larger scope, these actions not only protect us from COVID-19 but also maintain our country’s image in the long run.

Hence, no matter where we are and what season it is, there is no restriction for us to show our love towards this beloved nation. Together, we can stay at home while singing Negaraku proudly to show our respect to this nation and the frontliners who keep COVID-19 at bay. Hopefully, this nation will successfully overcome the COVID-19 crisis soon. 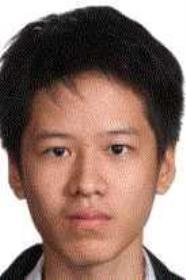 The writer is a student from the Faculty of Chemical and Process Engineering Technology, Universiti Malaysia Pahang.
By     : Thin Min Onn
e-mail: myview0820@gmail.com