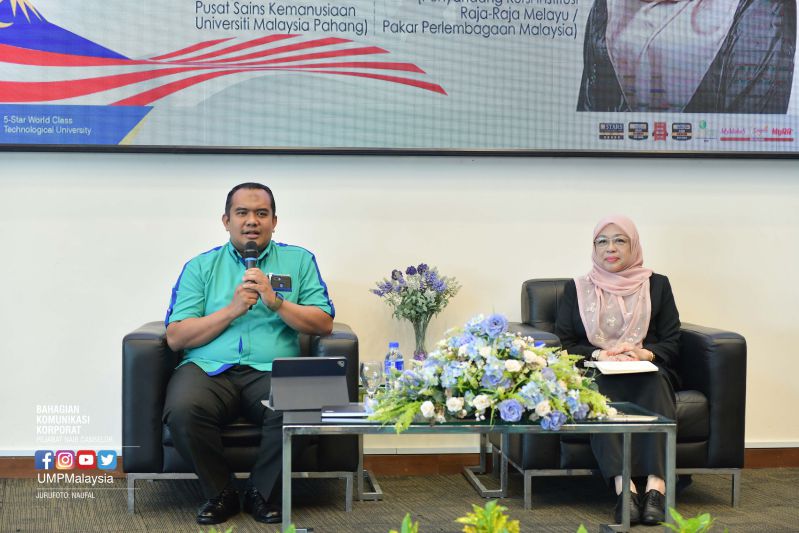 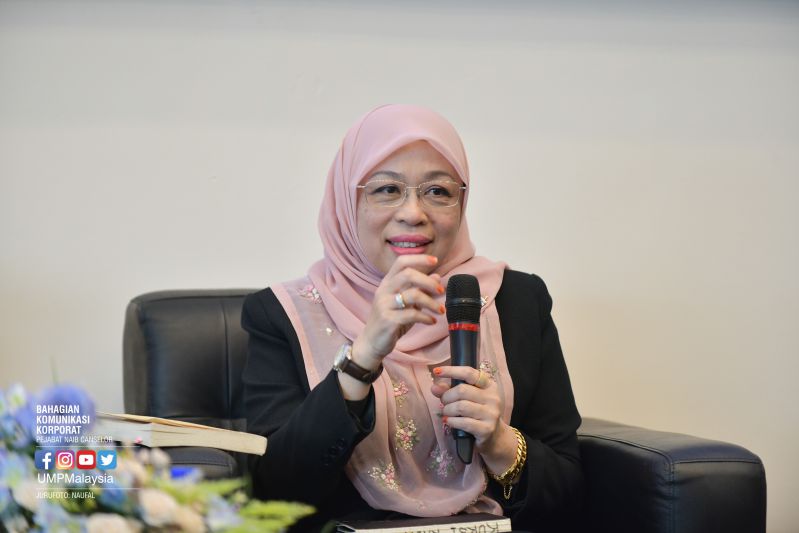 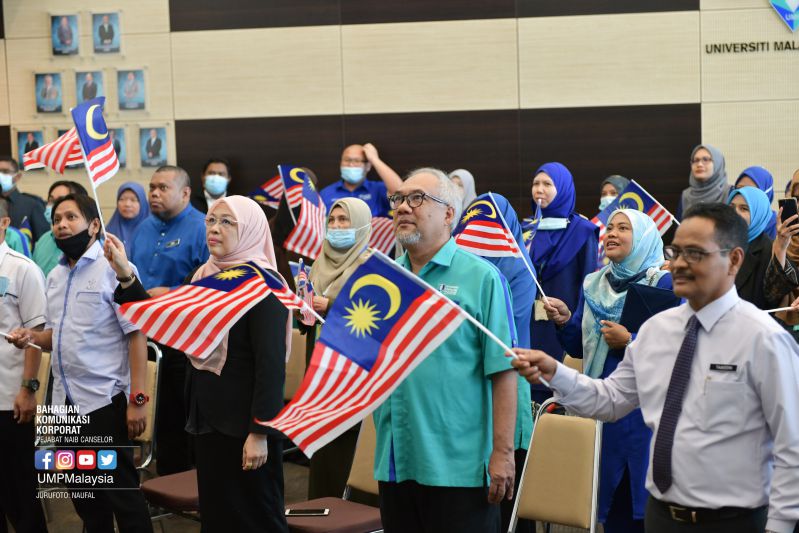 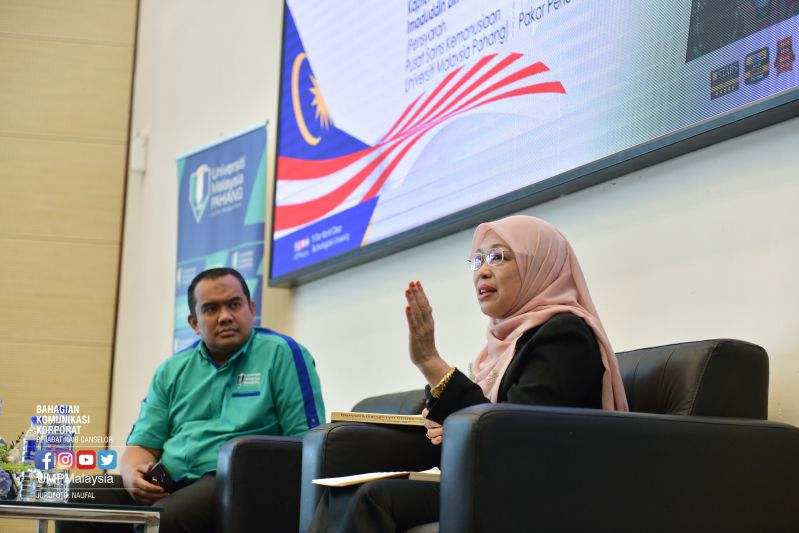 Pekan, 9 September 2020 - Communitising the Constitution can give the perception to the public and young people about what is contained in the Federal Constitution of Malaysia and how we can preserve the identity of heritage such as the position of the Malay Rulers, the special position of the Malays, the religion of Islam, customs and Islamic law, language and others in the future.

According to the incumbent of Kursi Institusi Raja-raja Melayu of Universiti Teknologi MARA (UiTM), Professor Dr. Shamrahayu Ab Aziz, the society also needs to be exposed to all aspects enshrined in the Constitution such as law, history, culture, religion, politics and ethnic relations.

“The spirit and philosophy of the Constitution are not only in the form of legislation, it also has the elements of tradition.

“By understanding the concept of freedom that exists in the Constitution, it can be applied for everlasting freedom based on the existing provisions,” she added.
Sharing the history on how to build the nation-state, the impact of independence in building an independent and sovereign nation and accepted by the world also needs to be understood by future generations so that they, as the heirs of the nation, can maintain the national heritage identity.

Professor Dr. Shamrahayu who was recently present at the Bicara Cendekiawan Mulia UMP programme discussing the topic of ‘Merdeka in the Malaysian Constitution’ also shared about the interests of the people, prosperity, way of life and the life of a democratic country that is balanced with local and heritage values and characteristics.

“Students need to be encouraged to know the Constitution. Although we still lack the appreciation towards the Constitution, there is awareness starting over the last ten years causing everybody to want to achieve a deeper understanding, including appreciating the Constitution and Rukun Negara,” she said.

She also stated the importance of compulsory courses at the university such as the Nationalism, Ethnic Relations and the latest Ethics and Civilisation courses to expose students to the Constitution and its application in daily life after graduation.

She emphasised that students also need to be made aware of their responsibilities and roles not only to take courses at universities but also their contribution to the country by 100 years of independence as the future generation of the country who can ensure heritage values to be the catalyst and pillar of Malaysian civilisation.
She added that when we instil a sense of love for the value of heritage, the Constitution can be self-communitised, including by organising various programmes on constitutionality and instilling the importance of maintaining good manners in the society.
“We all stemmed from the earth. We do not grow out of the sky, let the branches reach high to the sky, but the root firmly fixed on the ground.
“Certainly a lot of challenges will be faced in the country and abroad. Among them, is this Constitution capable of addressing contemporary challenges and problems both within and outside the country? How is the Constitution ready for the new world order? This includes the wave of human rights and international geopolitical conditions to defend the sovereignty and independence of our country.
Therefore, the future generation needs to ensure that the country’s heritage is protected and remains the pillar of Malaysian civilisation,” said Professor Dr. Shamrahayu.
This Bicara Cendekiawan Mulia programme was moderated by Captain Imaduddin Abidin from the Centre for Human Sciences (PSK).

Also present were the UMP Vice-Chancellor, Professor Ir. Dr. Wan Azhar Wan Yusoff and university management as well as the representatives of local agencies and communities.

This programme is held as a means of generating knowledge to be shared, especially in Pahang Darul Makmur as a way to bring the university closer to the community.

By: Mimi Rabita Abdul Wahit, Public Relations Unit, The Office of The Vice-Chancellor