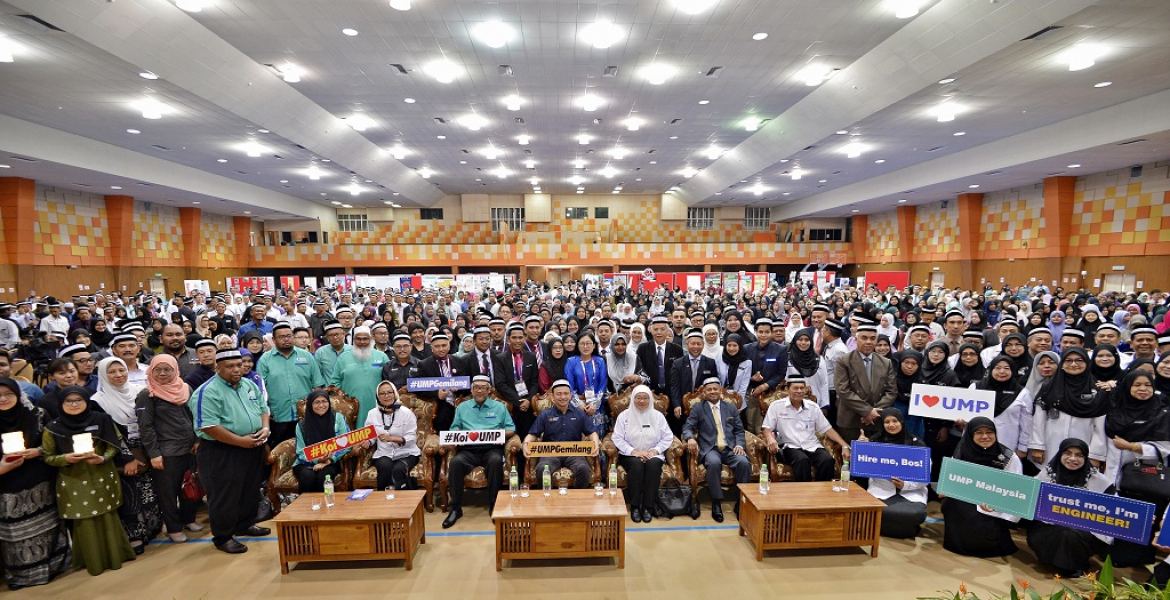 It was aimed at enhancing the level of competency, knowledge and skill among teachers and armed with the latest information on STEM education, they would be equipped in teaching the subjects to students.

It would also help to create a networking among policy makers, academicians, educators, counsellors, government agencies and non-government organisations on STEM education, its implementation and adopting the best practices to ensure that STEM was a successful agenda.

The objective was to make students think logically, create, use technology and solve problem creatively and innovatively.

These were measures taken to produce a competitive workforce who would be the driving force to spur the country’s economic progress.

The colloquium was held at UMP Gambang Campus on June 25, 2019 and was officially opened by Minister of Education, Dr. Maszlee Malik.

In his speech, Dr. Maszlee said in facing challenges, there should be some changes in the education sector’s focus.

“It is hoped that with the evolution happening in the field of STEM, we are able to provide the kind of education that meets the basis of the Industrial Revolution 4.0 and those that meet the requirements of jobs of the future,” he added.

He noted that STEM was seen as subjects that were difficult and demanding and that interest and percentage of students taking the science stream had declined from year to year.

“Being too preoccupied to wanting to score excellent results during examinations contributed to the decline in students choosing the science stream because they were not confident in getting good grades although they are interested in STEM.

“Based on observations made, there were also students who changed to other courses when they entered universities although they were from the science stream when in schools and that they did so despite knowing areas such as biotechnology, nano technology, mechanical engineering, robotic and big data were critical fields of the future,” he added.

“As such, we need to make changes now to feed to the future’s need by instilling the interest in STEM. We can introduce a multi-stream education system as implemented in many other countries.

“To live in a super smart society or Society 5.0, the people in Japan are said to need to be more advanced in technology especially in things related to Internet of Things (IoT), Artificial Intelligence (AI), cyber physical systems and big data,” he said.

He added that the Japanese culture and values that were deeply embedded in the people - being diligent, resilient, disciplined and trustworthy - were the very thing that shaped its country into being a developed nation.

Professor Ir. Dr. Wan Azhar also said UMP, being a technical public university, was committed in supporting the ministry’s agenda to develop STEM education as well as the other two additional elements - reading and arts, shifting from STEM to STREAM.

“Although this university is a technical university, its philosophy and core values are affixed to firstly, a strong connection with the Creator to ensure that every activity involving exploration of knowledge carried out here is in line with benefits enjoyed by mankind globally as well as adhering to good values and ethics.

“UMP is now in the midst of creating a plan to diversify elective courses offered to consist elements of literature, philosophy and humanities because we want future engineers and technologists produced are not only capable in matters involving their subject matters or studies but are also able to associate findings of the studies to the benefit of mankind,” he said.

The facility has benefitted more than 2,500 students and 200 teachers. There are various modules such as Computational Thinking, Arduino Programming, Open-Source Robotics, micro controller programming, robotic automatic system and the Internet of Things (IoT).

More than 1,000 participants comprising students, counsellors, parents and representatives from the industries took part in the colloquium.

A discussion on STEM education in the era of Industrial Revolution 4.0 was also held while principals and headmasters attended a forum titled ‘The Role of School Administrators in Supporting Inquiry-based Jobs Using the STEM Approach.’

There were also roundtable discussion and exhibitions on STEM.