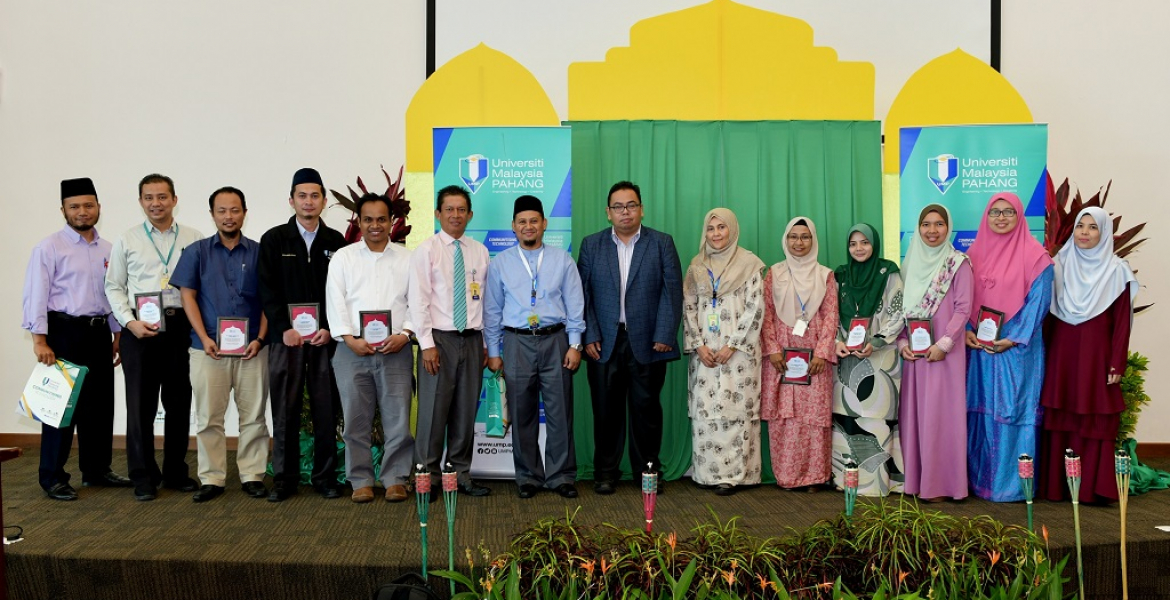 A total of eight staff from Universiti Malaysia Pahang (UMP) has been invited to perform their pilgrimage this 1440 Hijrah Haj season.

The university’s Registry held a Safe Journey & Farewell do at the Banquet Hall of the Tun Abdul Razak Chancellery at its main campus in Pekan on July 1, 2019.

According to Professor Ts Dr. Kamal Zuhairi, the fact that UMP holds an annual farewell celebration for would-be Haj pilgrims is a reflection of the university management’s appreciation of the accomplishments its staff have made, both in excellent service and personal achievements.

“Making it to the selection and listing of would-be Haj pilgrims for each Haj Season is a personal success, and such achievement carries a special meaning and weight,” he said, emphasizing that the selection and offer process by the national Pilgrimage Fund Board, or popularly referred to as Tabung Haji, takes a long while, especially when the waiting list is also very long.

Now that the eight have made it to list, Professor Ts Dr. Kamal Zuhairi advised them to perform their Haj to their utmost best, and be wary of their well-being and safety while in the Holy Land.

For would-be Hajah, Ts Dr. Azlyna, 38, said she is thankful for the contribution and safe passage prayer she received from UMP.

She truly did not expect to be selected to perform her Haj with her husband this Hijrah year, as they were originally scheduled for the 2021 season.

“Am hopeful that all the travel, accommodation and Haj arrangements will go smoothly, and that we are bestowed with a mabrur haj (Haj that is accepted by the Almighty, in which the pilgrim observes the conditions that validate the deed and make it accepted),” she prayed.

Prior to the farewell do, all the eight staff underwent a Haj Intensive Seminar – highlights of the important guidelines in performing haj – conducted by Dr. Muhamad Hilmi Mat Said and Ustaz Abdul Kamil Jamaludin, both of whom lectures at the Centre for Modern Languages & Human Sciences (CMLHS).