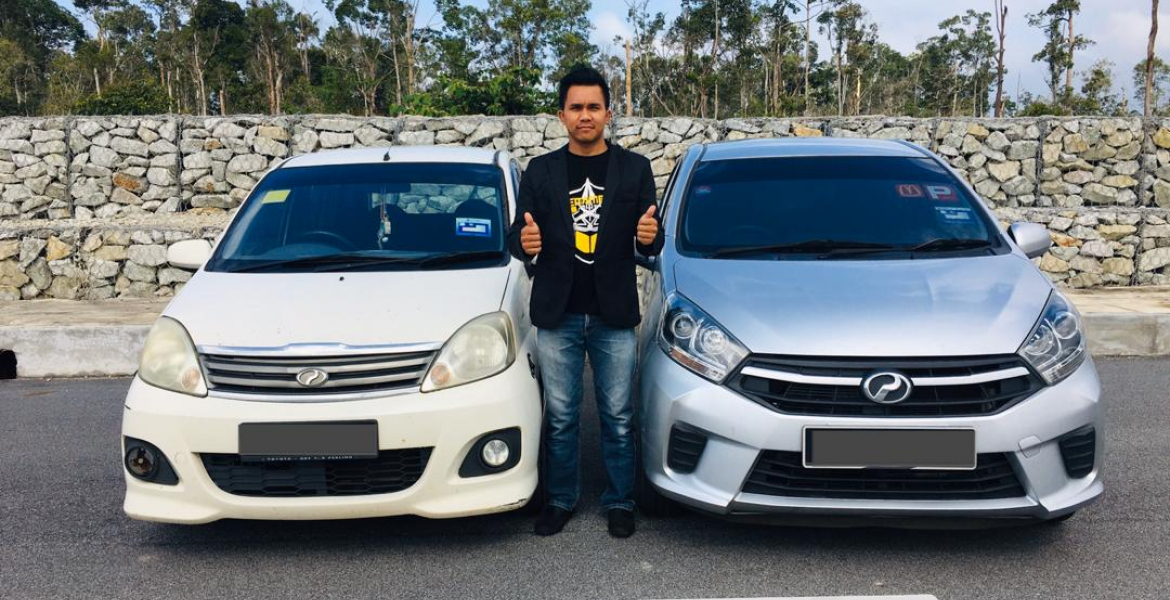 It started with his intent to facilitate students to move around in campus and going by with only a Perodua Viva borrowed from his family but now Khairull Nasruddin Mansor, 25, is a proud owner of a modest car rental business with five cars.

He had some experience running the business following a working stint with a car rental operator prior to this.

The Faculty of Chemical and Process Engineering Technology undergraduate said at first, it was tough as the car required a lot of maintenance works.

With a loan and some savings that he made when working, Khairull, or fondly known as Kerol, now run the business using Axia, Viva, Kenari and Myvi car models.

He said the cars were more suitable for students while the rental rate was not as high as those charged outside of the campus which was fixed on a daily basis.

Khairull said he charged the students on an hourly basis, starting from RM6 up to RM10, depending on the car model.

The cars were also placed at strategic locations where students could easily pick the vehicles, he added.

Khairull said he also provided delivery service to customers outside of the campus.

He strongly believed that an undergraduate must be brave to try something new such as a business venture and at the same time, prepare a smart plan that involved a good balance for studying and running a business.

“This will challenge one to break out from one’s comfort zone. One must feel the pain and gain in business ventures and the experience is surely something that is really valuable,” he said.

He said there were many challenges faced due to stiff competition from other car rental operators but that did not deter him from continuing to pursue the business.

One of the challenges was not having customers during the semester holidays but Khairull managed to work out a solution by renting the cars to students from nearby learning institutes.

Khairull also said he emphasised on safety and would ensure that the cars were in good condition and safe for driving.

He also acknowledged the support from the university in providing the opportunity for students to go into business and highly appreciate it.

On his future plans, Khairull said he hoped to set up a branch in his hometown and to find business partners to expand his business in Kuala Lumpur as well as to open a car wash centre and workshop that offered lower maintenance cost.

Khairull, who came from a middle-income family and the only son among his siblings, had also set out to financially help his family even though he was still a student at Universiti Malaysia Pahang (UMP).

The money that he earned was used for expenses while in the university and that he even send some of the money to his family.

Apart from the car rental business, Khairull also dabbled in other businesses like selling perfume and do ‘surprise delivery’ service that he managed with several friends.