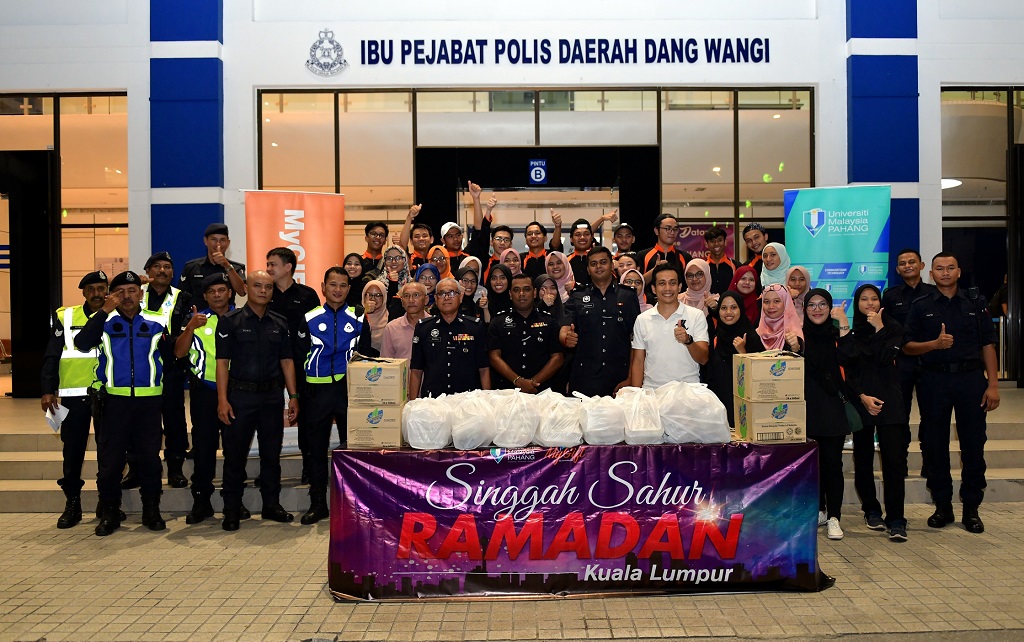 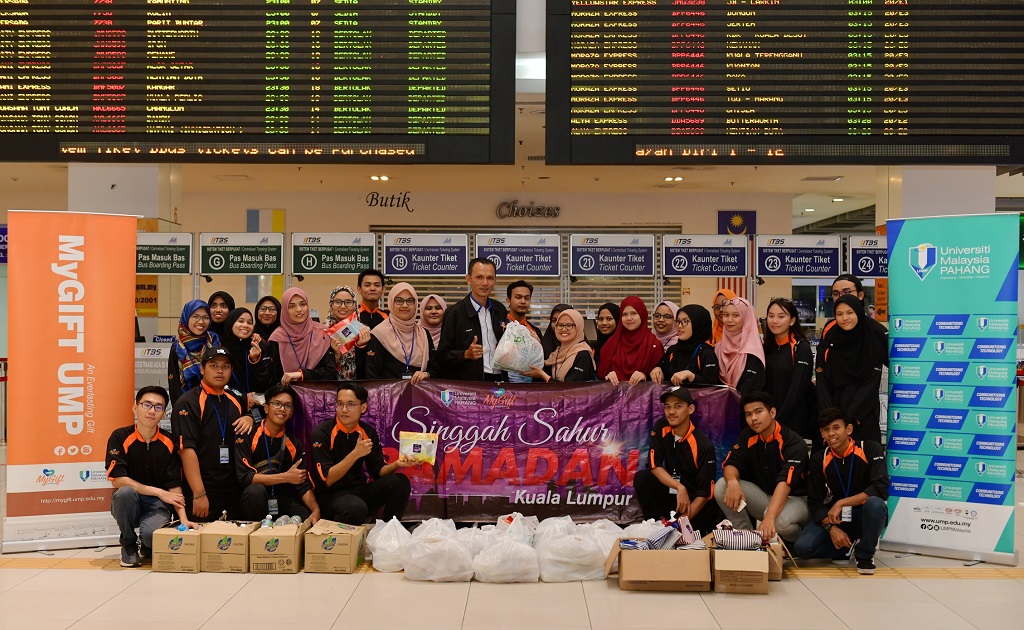 Universiti Malaysia Pahang’s (UMP) MyGift squad, comprising 40 undergraduates, recently took to the streets and participated in the renowned Singgah Sahur programme in the capital city of Kuala Lumpur on May 14, 2019.

The Singgah Sahur@KL programme is one of MyGift’s community service campus activities.

The activity, which began at midnight until 3am, saw volunteers from the squad handing out 600 food packs to the civil servants – some of whom were manning the Dang Wangi district police station (IPD) and the Terminal Bersepadu Selatan (TBS), or integrated south-bound bus terminal – as well as to the general public and homeless individuals.

At the Dang Wangi IPD, MyGift squad was welcomed by the personnel on duty, Inspector Baalanagan Chandran and Inspector Sarawanan Panrengam, who were both criminal investigation officers.

According to Izwan, such programme lends exposure to the volunteering undergraduates, as they learn to appreciate the earnest hardwork carried out by the police personnel on night duty throughout the fasting month of Ramadhan.

“Their presence and contributions brought cheers to those at the IPD,” he said, adding that he had also realized that some of the volunteers, who came from the B40 family group, are beneficiaries of the MyGift initiative.

“To the students, such programme helped highlight the plight of the homeless individuals and what civil servants on night shift work-hours had to go through, during which time many of us may be comfortably sleeping at home or having pre-dawn meals with our families,” Izwan pointed out.

Meanwhile, MyGift Programme Director, Najihan Zanian, who hails from the Faculty of Mechanical & Manufacturing Engineering (FKMP), said he was proud of the commitment showed by the undergraduates – who had sacrificed their precious time, especially during a pre-examination study week – to volunteer for the Singgah Sahur@KL programme.

Najihan said among the activities the volunteers undertook during their visit to Kuala Lumpur that night were handing out personal hygiene kits to the homeless individuals and cleaning up of the area where the latter are seen putting up, including the one near the National Mosque.

“Another interesting activity was the distribution of pre-dawn, or sahur, meals together with the personnel on duty at the ticketing counters at TBS,” he said.

Accompanying the volunteers during the distribution was Maju TMAS Sdn. Bhd. Manager, Khairos Ishak, who also took the squad on a tour around the bus terminal.