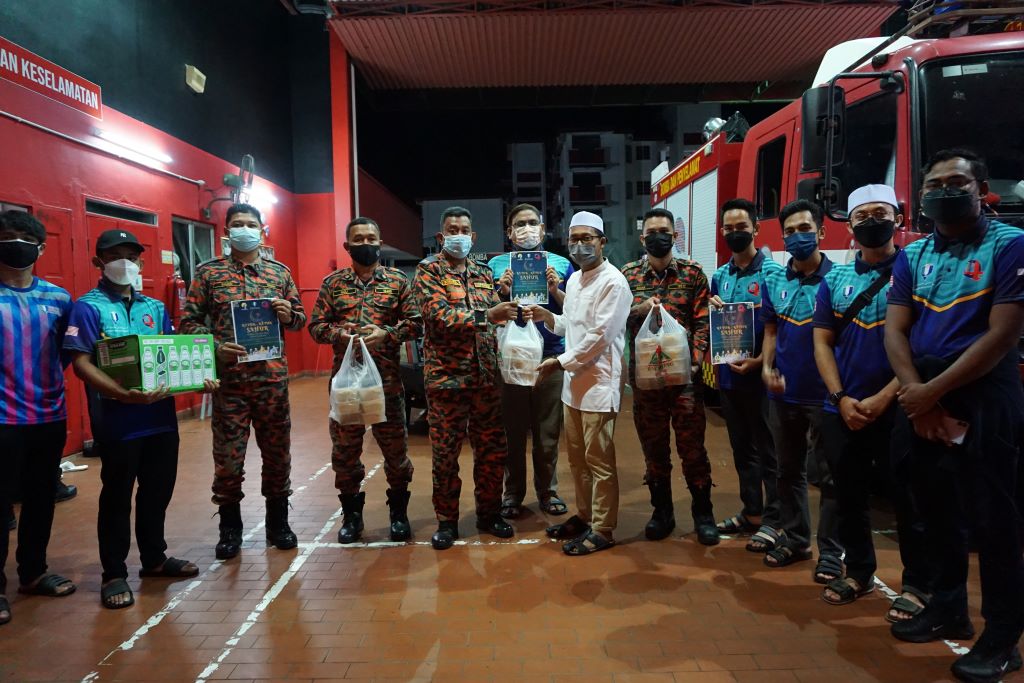 According to the Principal of Student Residence 4, Nasrul Salim Pakheri, after almost two years the country was hit by the COVID-19 pandemic, this year they were able to assist the group of night workers and the homeless.

“The programme aims to appreciate the services and sacrifices of the frontliners who guard the peace as well as to strengthen the bond between UMP and the local community.

“In addition, it was held in response to UMP’s advocacy to strengthen the volunteerism agenda.

“This programme is an initiative from the management of Student Residence 4 in collaboration with Perwakilan Mahasiswa Residen Pelajar (PEKA 4) to gratify the officers who serve for the sake of the country,” he said. 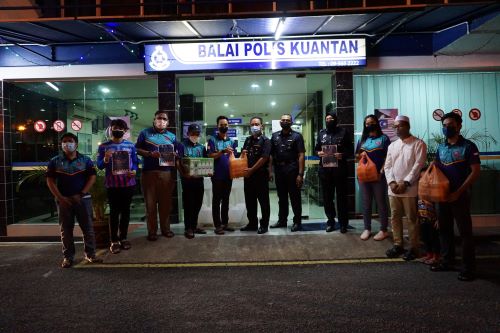 This time, 100 packs of sahur meals were prepared by students to be distributed to the officers who work the night shift.

At the same time, he said, the volunteers also distributed sahur meals to the homeless people around Kuantan.

Nasrul also expressed his appreciation to all the volunteers who worked hard to make this programme a success.

Meanwhile, a Faculty of Industrial Sciences and Technology (FSTI) student who is the Program Director, Mohamad Aiman Sabran, 19 said that programmes like this should be carried out to provide exposure to the volunteers about the reality of frontliners and the lives of the homeless.

“Indirectly, they were able to delve into a person’s life in line with UMP’s slogan of ‘Technology for Society’.

“We hope that this programme can mould the spirit of volunteerism in students and such programmes can be continued in the future,” he said.

By: Nor Salwana Mohammad Idris, Corporate Communications Division, Office of The Vice-Chancellor (PNC)