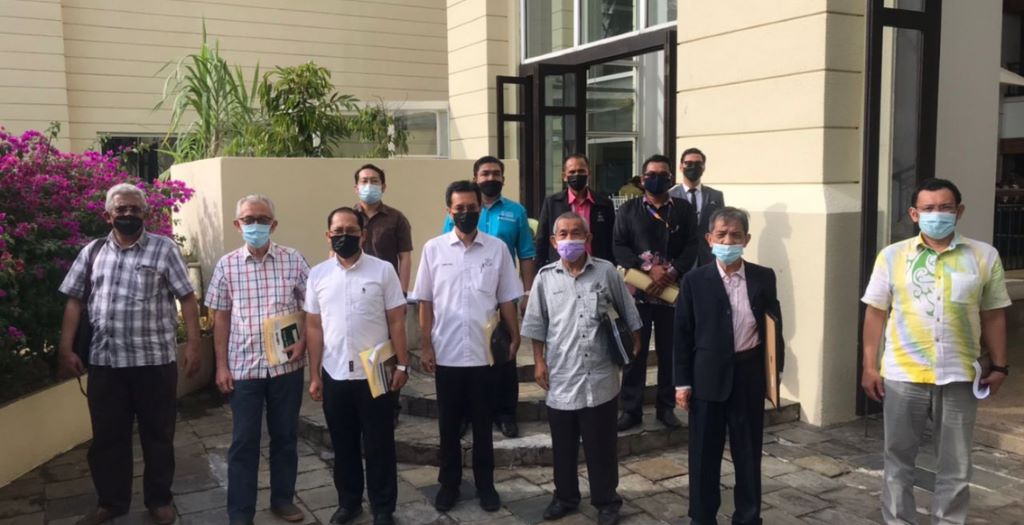 BANGI, 14 October 2021 - The Institute of Civilisation and Strategic Studies (ITKAS), Universiti Malaysia Pahang (UMP), in collaboration with the Pahang State Government, will lead the Bera District Branding Research through a consultancy project under the supervision of UMP Holdings Sdn. Bhd. starting at the end of this month.

Present to chair the meeting was the Chairman of Pahang State Public Works, Transport and Health Committee Dato’ Sri Norolazali Sulaiman, who is also the State Assembly Representative for Guai, Pahang.

According to Dato’ Sri Norolazali, this study will look at three main factors, namely socioeconomics, tourism and history, in determining the research direction.

“This study also focuses on the Bera District Local Plan and several other implications involving legislation.

“The Pahang State Government have high hopes that this study can be implemented as best as possible,” he said.

According to the ITKAS Coordinator, who is also a research consultant for the tourism sector in Bera district, Mohd Zaki Ahmad, such a study coincides with the objective of ITKAS establishment to become a credible think tank to the Pahang State Government as well as other stakeholders.

“The conception of ITKAS establishment is the result of the idea of the Chairman of the UMP Board of Directors, Tan Sri Dato’ Sri Dr. Abdul Aziz Abdul Rahman, to optimise the existence of UMP in Pahang.