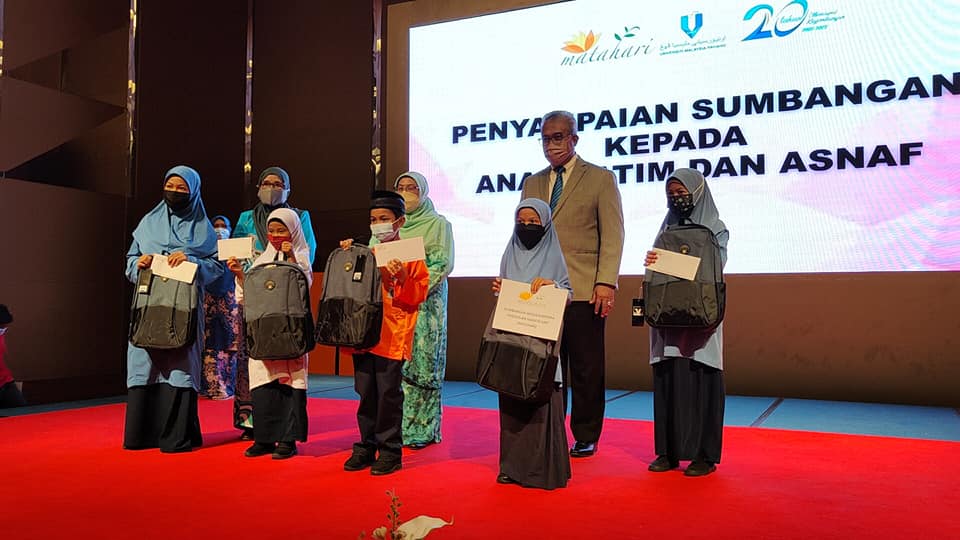 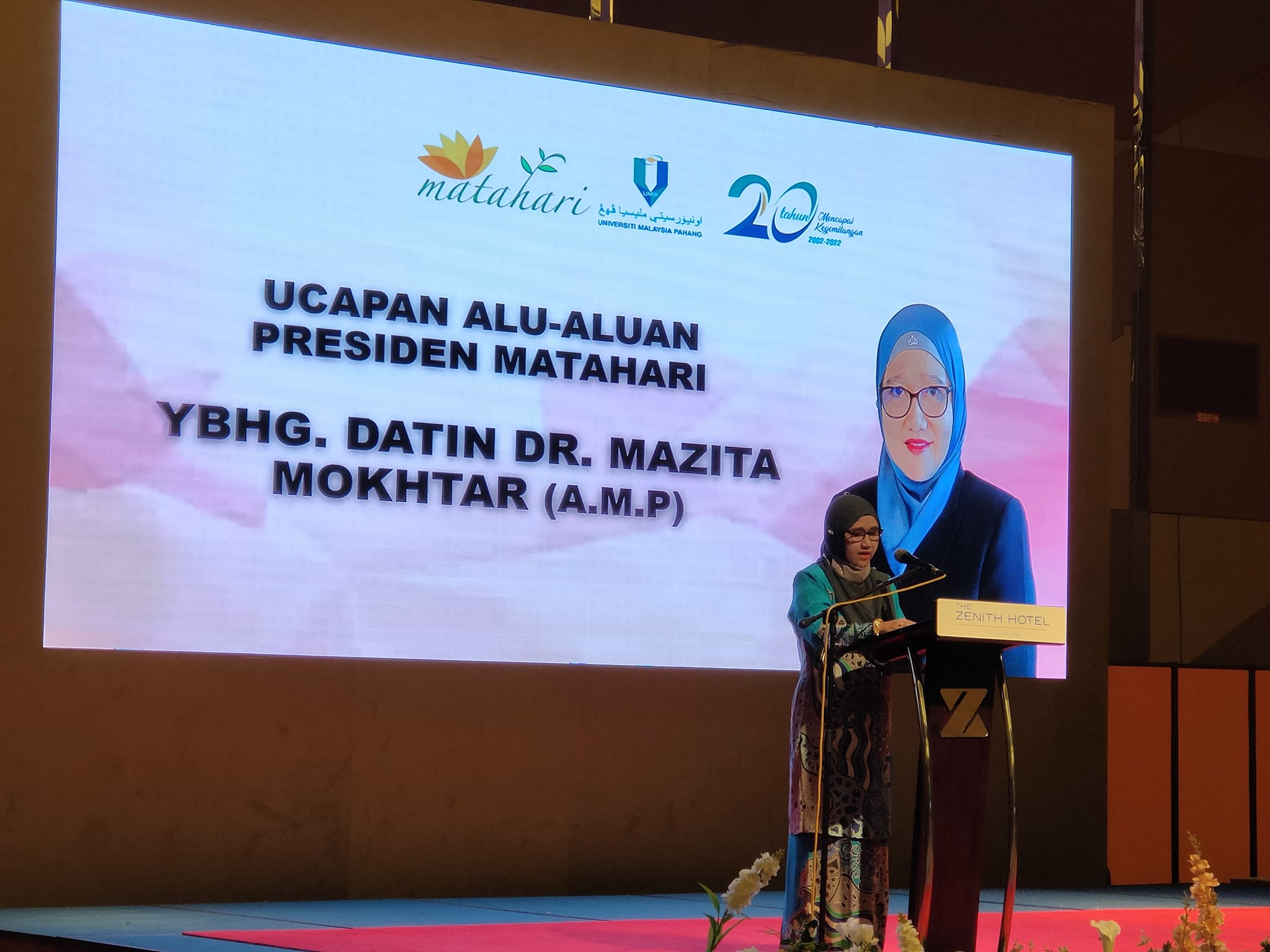 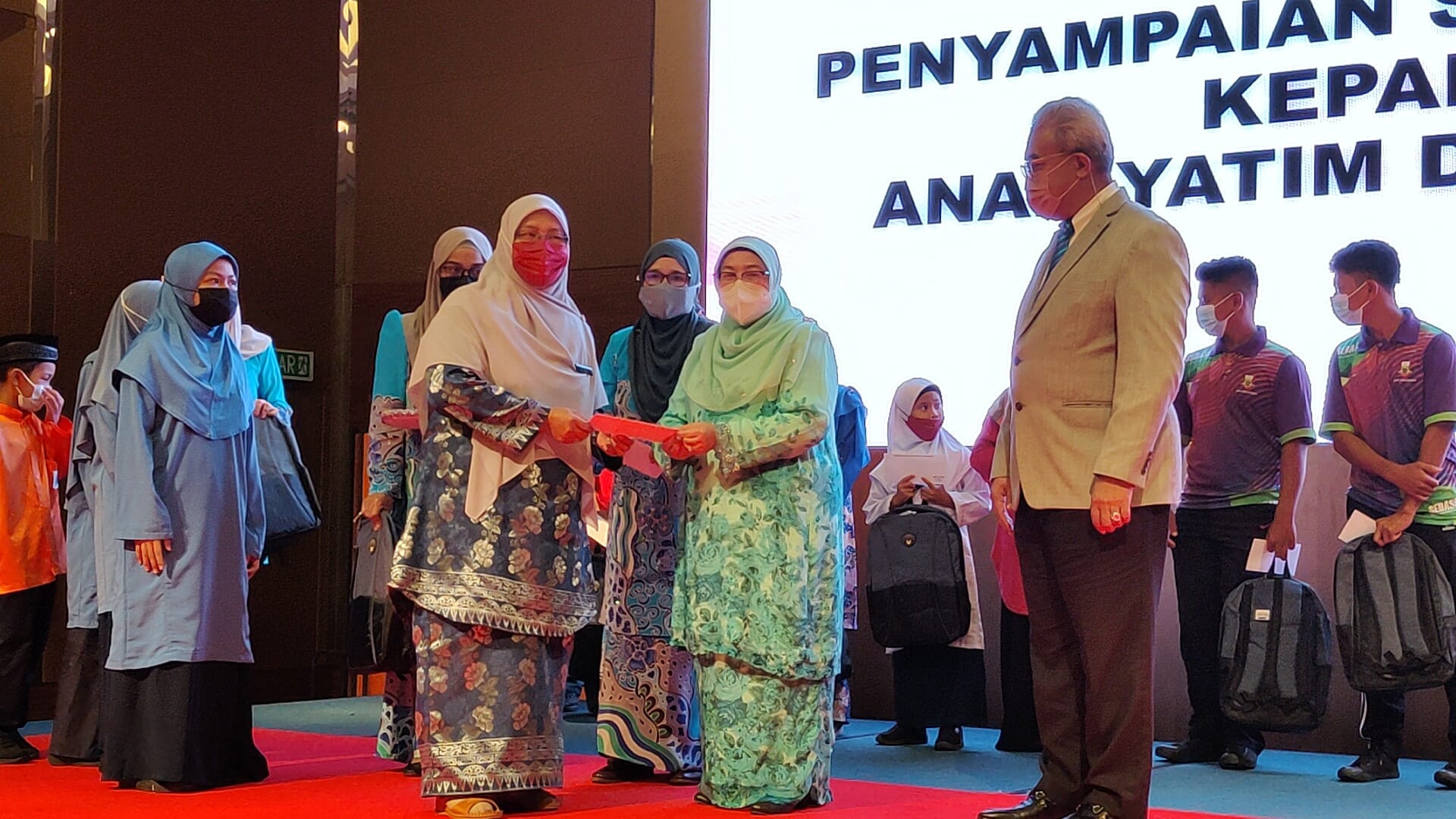 KUANTAN, 14 February 2022 – “Women can contribute energy and ideas to develop the country.

“Therefore, the UMP Women’s Association (MATAHARI), with members consisting of academic experts, professional management and UMP support staff, needs to use their respective expertise, minds and energy to mobilise the association for the good of UMP associates and the local community,” said the wife of Menteri Besar Pahang, Datin Sri Dato’ Burhah Mohamed.

She added that she was very impressed with the pairing of UMP top management and MATAHARI that supported each other in community work from the early establishment of MATAHARI.

She also suggested MATAHARI expand its activities by working hand in hand with other associations to add to the network between women’s associations and non-governmental organisations (NGOs).

She also presented the contribution of the Pahang State Government to implement welfare and community initiatives.

Meanwhile, Professor Dato’ Ts. Dr. Yuserrie Zainuddin, who performs the function of the UMP Vice-Chancellor, said that MATAHARI establishment is in accordance with the association’s motto, ‘MATAHARI Bersinar UMP Berseri’, where the activities organised by MATAHARI not only benefit its members but also make the university proud.

“UMP has always been concerned in looking after the welfare and interests of university staff.

“Therefore, UMP staff are advised to strive to provide the best service to all university stakeholders, including the community around UMP campuses in Pekan and Paya Besar.

“Now that UMP is 20 years old, many benefits have been gained by the local community; in addition, the establishment of Yayasan UMP and the associations in UMP that work to improve the skills of UMP associates that is very much in line with the desire of the university to communitise the university through the slogan ‘Technology for Society’,” he said.

MATAHARI President, Datin Dr. Mazita Mokhtar also thanked for the support of the state government and UMP which has always encouraged the continuity of MATAHARI’s development to act as a platform for developing the national volunteerism agenda cost-effectively.

“MATAHARI was established not just for the welfare of its members but to do charitable work and help raise the socioeconomic level of the local community through skill training and self-development education programmes, such as the Empower ECER Mahkota Pahang and Back to School programmes.

“Therefore, all members must always be ready and help each other in the success of all planned activities,” she said.

A tazkirah session was also delivered during the ceremony by the Chairman of the Pahang State Islamic Religious Affairs and Education Committee, Yang Berhormat Dato’ Sri Syed Ibrahim Syed Ahmad titled ‘The Role of Women from the Islamic View’.

At the same time, donations were also given to ten orphans and asnaf.