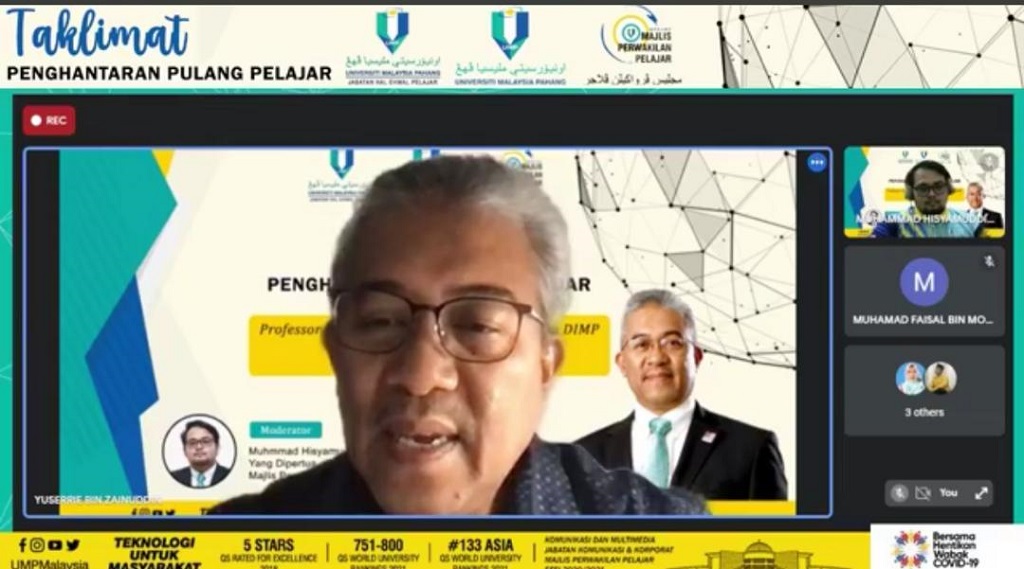 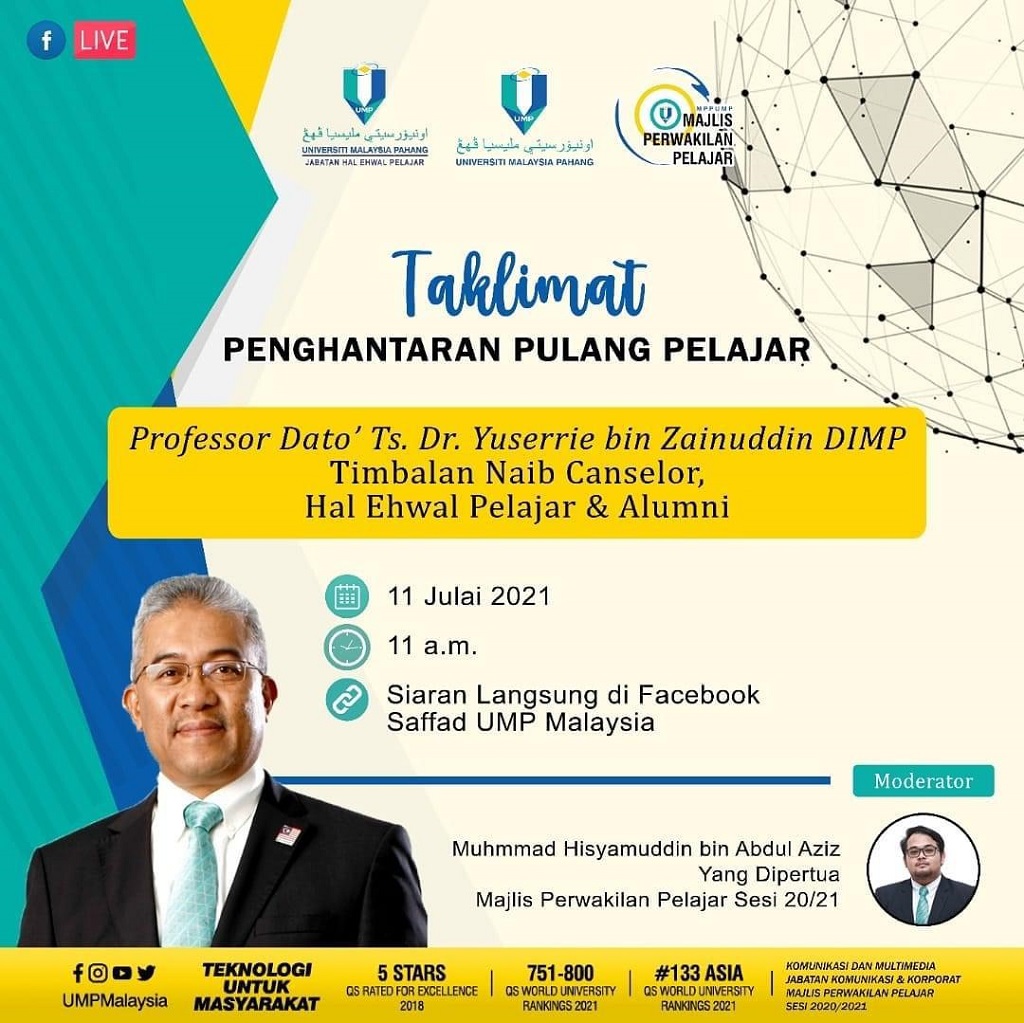 PEKAN, 11 July 2021 - The long-awaited time is now approaching when students have the opportunity to return to their hometowns after completing the final examination of the 2020/2021 academic session recently.

Students begin their semester break this July before moving on to the new semester in October.

The return movement refers to the Ministry of Higher Education (MoHE) announcement, which allows students in higher education institutions (IPT) to return to their homes starting 12 July 2021.

The Deputy Vice-Chancellor (Student Affairs & Alumni), Professor Dato’ Ts. Dr. Yuserrie Zainuddin said the initial phase on 12 July involved UMP Pekan students, while the movement of UMP Gambang students who are still under the Enhanced Movement Control Order (EMCO) will only be allowed after the EMCO period expires.

“MoHE has set several mechanisms to control the movement of students in IPT in phases to ensure that their movement is controlled.

“The Ministry has set a one-way movement method for students using buses coordinated by the university with strict compliance with the standard operating procedures (SOP).

As directed by MoHE for the initial phase, he said the movement is only allowed in areas not subject to EMCO.
“The students can travel back home using their own vehicles. Parents or guardians are not allowed to cross state to fetch them.

“The university will also provide transportation for UMP students from Borneo who will undergo swab test at a nearby clinic.

“This includes the Kuala Lumpur International Airport (KLIA) transportation according to the flight date,” he said.
He added that other students who intend to travel by air to destinations other than Sabah and Sarawak will also be arranged.

“UMP through the Centre for Property Management and Development (PPPH) will manage the transportation to the Sultan Haji Ahmad Shah Kuantan Airport and KLIA.

“In the meantime, the off-campus students are also advised to provide accurate information about their health status, and if necessary, they need to undergo swab test before returning home.

“This is to ensure that no students have symptoms and they are in good health before returning to the homes,” he said.

He further explained that UMP is always vigilant and concerned about the welfare and safety of the students.
“The remaining students on campus and need help, especially food, can contact JHEP to get food supplies donated by Food Bank Malaysia and Yayasan UMP,” he said.

The briefing session moderated by the President of the Students’ Representative Council (MPP) Session 2020/2021, Muhammad Hisyamuddin Abdul Aziz, provided an opportunity for students to get immediate feedback on the movement to return home.