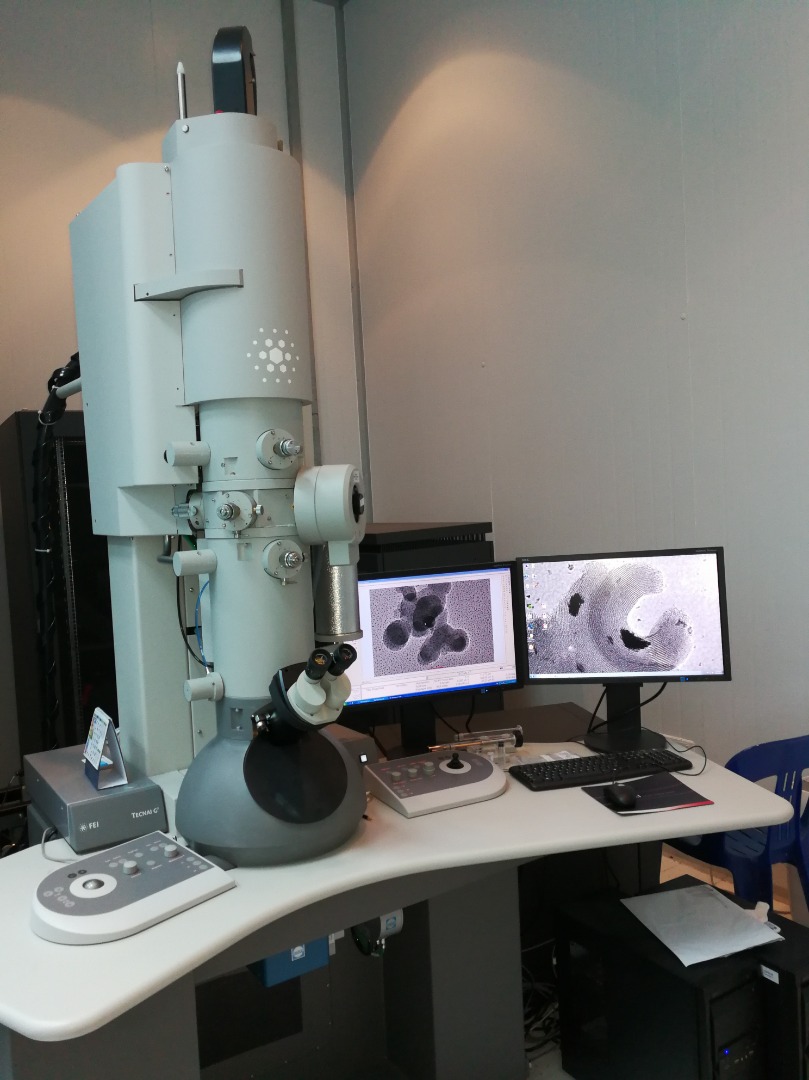 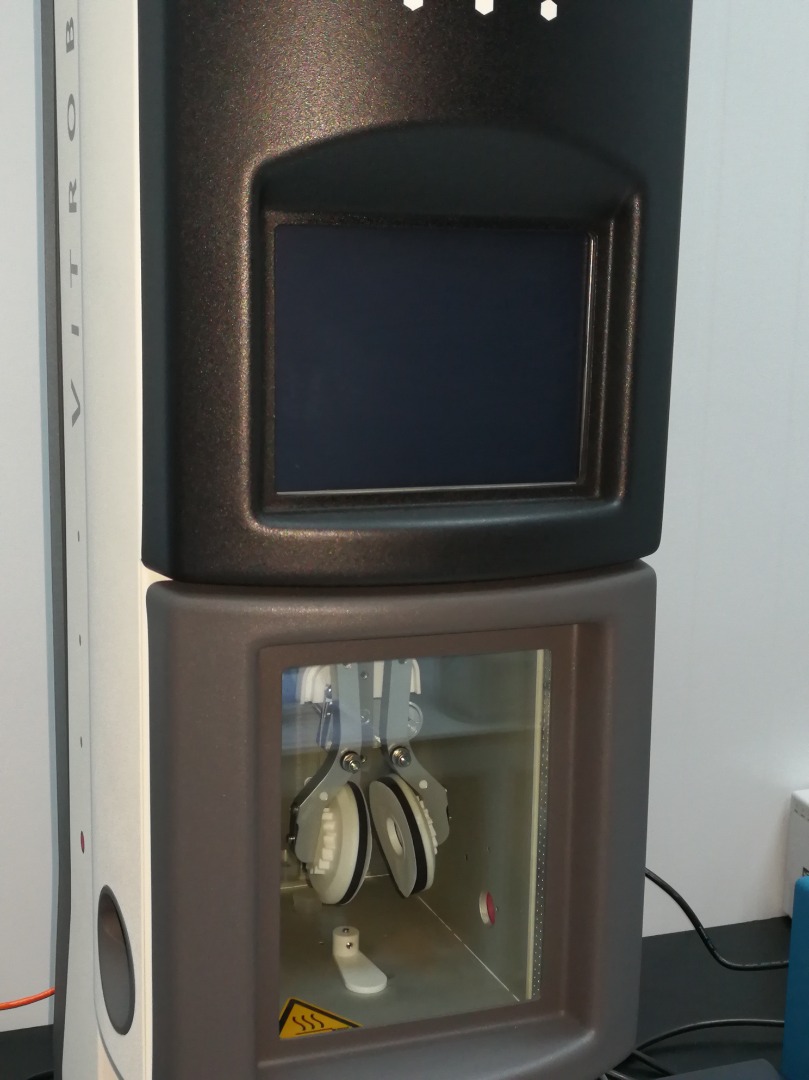 The skinny Science Officer lifted the 5-litre cryogenic Dewar tank and poured the minus 192-degree Celsius liquid into a black apparatus on the cabinet. Huffing and puffing, he carefully managed to fill up the rounded shape apparatus to the brim. Both Dewar and the black thing is known as the cryo specimen holder shoots up cold nitrogen vapour, producing layers of fogs on his spectacle. A Smartest heater controller connected to a mini Dewar tank measure the temperature.

The long, arduous process continues until a drop of the specimen were quenched with liquid ethane, produced from a highly flammable ethane gas. This frozen specimen will then be transferred manually, almost barehanded apart from a pair of tweezers and a lot of prayers. Bismillah flying all over the place as the shivering operator placing the specimen mounted on a soft, crushable carbon-coated Holey grid into position. And he must not sneeze. Under the cold vapour of bubbling liquid nitrogen, he must not even utter a word. A simple accident will crush the whole grid, and sample preparation must be repeated, at the cost of depleting liquid nitrogen.

From the cabinet, he must now bring the specimen holder to the Transmission Electron Microscope (TEM), all under cryogenic condition. For those who wonder how it means maintaining the volume of liquid nitrogen in all of the apparatus at all time. Now, he followed instructions to slip in the specimen holder into the TEM. A slight mishap will bring the TEM vacuum into limbo, prompting an error and TEM will shut down itself. It requires half a day to bring everything back up again. Not your normal toys.

Now that everything is in place, with the specimen sits nicely inside the TEM cryo box, he can now start imaging. A 200kV supply is heating the Lanthanum Hexaboride emitter. It is pushing electrons down through a series of pre-set lenses and apertures, hitting the grid surface, transmitted and diffracted. Now at the computer screen, layers of what the operator thinks is icicle formation can be seen. It is inside this thin layer icicle that he must now, with every might of his eyes, locate any form of structure that represents a meaningful image. And there are 300 holes of icicles. It is also the same icicles which he must maintain throughout the procedures, regularly topping up the liquid nitrogen in the mini Dewar tank.

He hustles through the grids, finding nothing but melting icicles or ice. His eyes weary, his forehead wrinkles in the darkness. He has been doing this for how many times without a proper result to show. A technique that is supposedly developed to cater for biological samples and he, as far as he knows, is the only person in the country trained to do this. This is a technique that eliminates the usage of dangerous chemicals like Uranyl Acetate and staining process. He hissed, a vague feeling in his heart telling him that this will be no success just like before. Still, he presses on. The vacuum reading is good, indicates he is doing everything right. Switching between Low dose mode, making sure spot size maintained at 5 or 6. Alternately, he will be making some fine adjustment of the stigmatization or objective lenses.

Ah! A rounded shape structure appeared on the screen, vague but visible. He brought the Gatan camera to focus, increasing the magnification to 5000 times, adjusting focus knob and beam intensity alternately. His heart is pumping with joy. Is this it? It resembles the journal presented by his client. Finally? No? Yes?

The rounded shapeshifted, jaded and faded away. Just like many other rounded structures, it is just another ice formation. Fruitless 3 hours.

He looked up, slightly cursing his luck for the day, shut the beam and proceed to leave the room. Leaving the ever-bubbling liquid nitrogen in their respective tanks. The liquid will be gone in hours or so.

The writer is a Science Officer at the Centre of Excellence for Advanced Research in Fluid Flow (CARiFF), Universiti Malaysia Pahang (UMP).