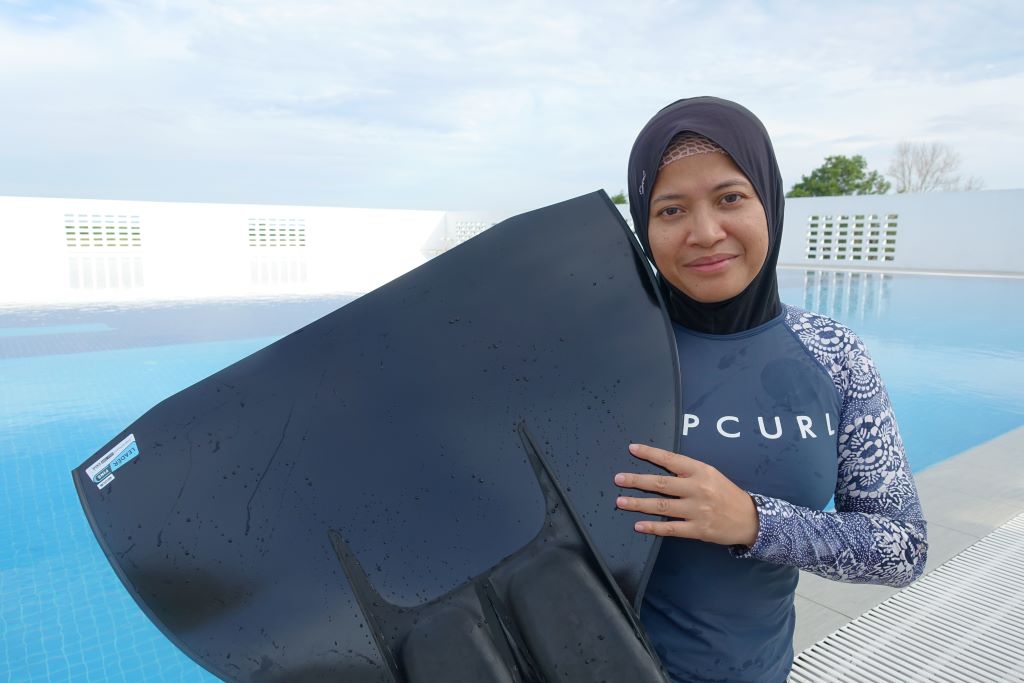 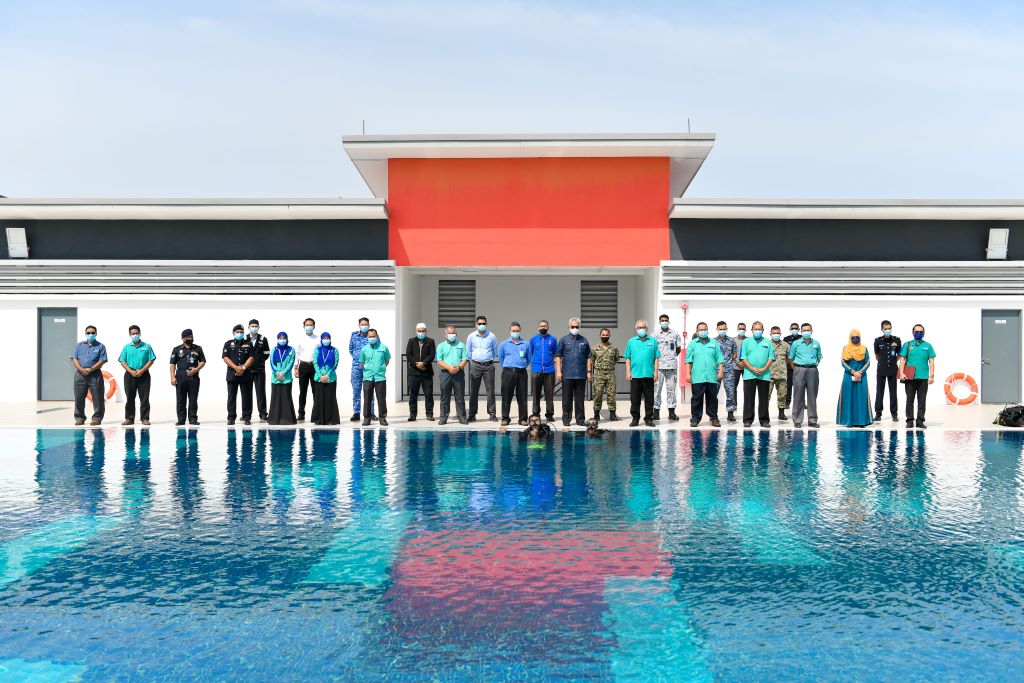 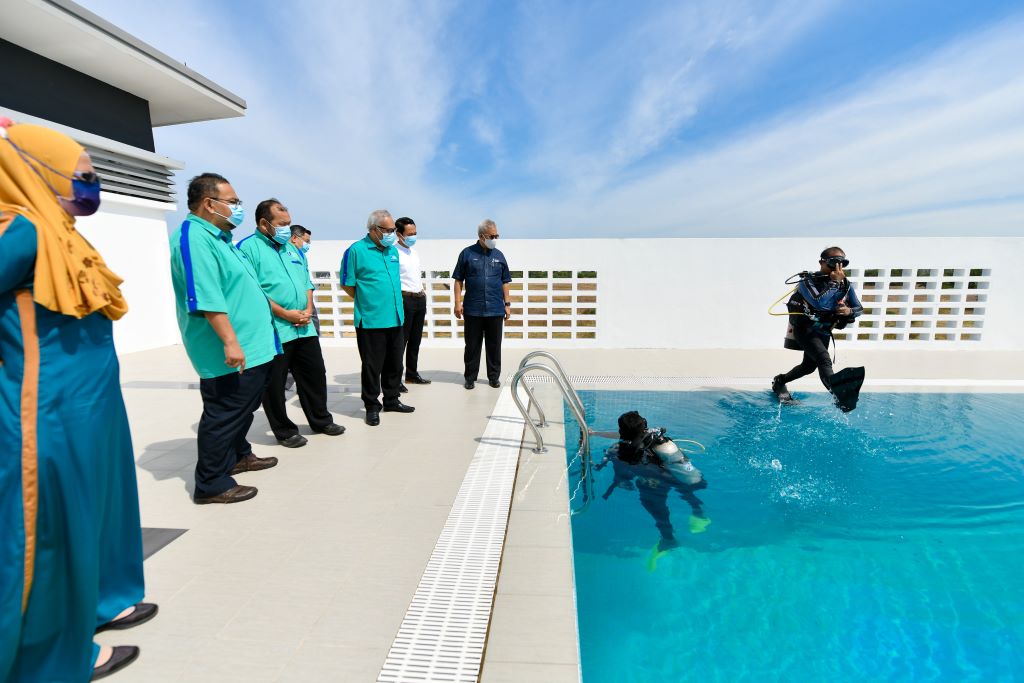 Finswimming: A Contemporary Water Sport to Discover in Malaysia

Finswimming is a speed competition sport practiced at the surface or underwater for a specified distance introduced in 1981 in the World Games. In this game, athletes compete with equipment such as masks, front-mounted snorkels, and fins (bifins or monofins) either by holding breath, breathing tube (snorkel), or using a pressurised tank for breathing lung regulator. Lower limbs are used for propulsion and the body’s vertical displacement in monofins. Meanwhile, in bifins, crawl swimming on breast’s skill is used. This sport has rapidly evolved, and the training methods have been continuously improving to increase athletic performances.

Finswimming competition can be divided into two types which are short distance and long distance. Short distance competition is usually conducted in swimming pool following Olympic standard which is 50 m long, 21 m wide and 1-2 m deep. Meanwhile, long distance competition is conducted in open water either at sea, lakes or rivers. The selected site must have low current and tide and suitable for swimming as certified by the local authority.

There are four techniques used for finswimming competition. The first one is surface finswimming. Swimmers use mask, snorkel and monofins, and they must remain at the surface of the water at all times. Individual races are held for 50, 100, 200, 400, 800, and 1500 m and relay races for 4 × 100 m and 4 × 200 m. The second technique is bifins or also known as stereo-fins swimming. In this technique, swimmers use mask, snorkel and a pair of fins, and swim at the surface of the water using a crawl style. Races are held for 50, 100 and 200 m and conducted in a swimming pool, and long distance races of 4 or 6 km are conducted in open waters. The third technique is apnoea finswimming, where it is conducted in a swimming pool. Swimmers use mask and monofin, and swim for 50 m underwater while holding their breath. The fourth technique is immersion finswimming. Aside from mask and monofin, it also involves the use of breathing apparatus during the race. This apparatus cannot be exchanged or abandoned during a race, even though there is no specified requirement on how it should be carried. Same as all other techniques, the swimmer’s face must be immersed in water at all times during the race. Races are conducted for 100 and 400 m using this technique, only in a swimming pool.

To participate in a finswimming competition, one must undergo proper training. The training involves core strength, plyometrics and weight training to improve muscular function and athletic performance, which is not the same as general swimming sports. This competition is more likely to be the same as dash run, putting great demand on breathing, rib cage flexibility, and respiratory muscle strength. Most sports swimmers only focus on skills and technique, which actually limits their success. According to a few researchers on finswimming, they mentioned that propulsion came from core muscle. With proper training, the balance and stability capabilities of the human body can be further enhanced. In addition, muscular strength also needs to be developed and supported with specific strength exercises. Hence, an athlete needs to know which muscles are involved and how it affects finswimming to plan effective strength and conditioning training.

Finswimming has its own benefits, such as helping in reducing stress on shoulder joints experienced by most swimmers. It also helps in building muscle while improving the kicking technique, ankle flexibility, and overall body positioning and conditioning. In general, one can benefit a lot from kicking drills when they have very tight hips, weak gluteal, poor plantar flexion and a stiff back or, in summary, weak core. Thus, finswimming helps in improving it into a better shape aside from enhancing stroke technique, strength and endurance. Therefore, it is an efficient workout and sport for those looking for less impact on body joints. 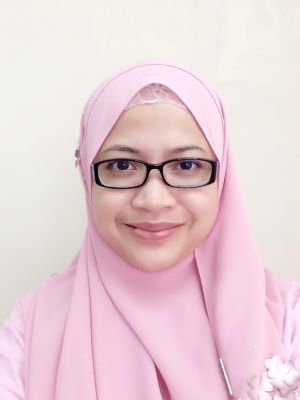 The writer is a Senior Lecturer at the Faculty of Mechanical and Automotive Engineering Technology and the Head of Curriculum Centre, Universiti Malaysia Pahang (UMP).
By: Ts. Dr. Siti Rabiatull Aisha Idris
e-mail: rabiatull@ump.edu.my