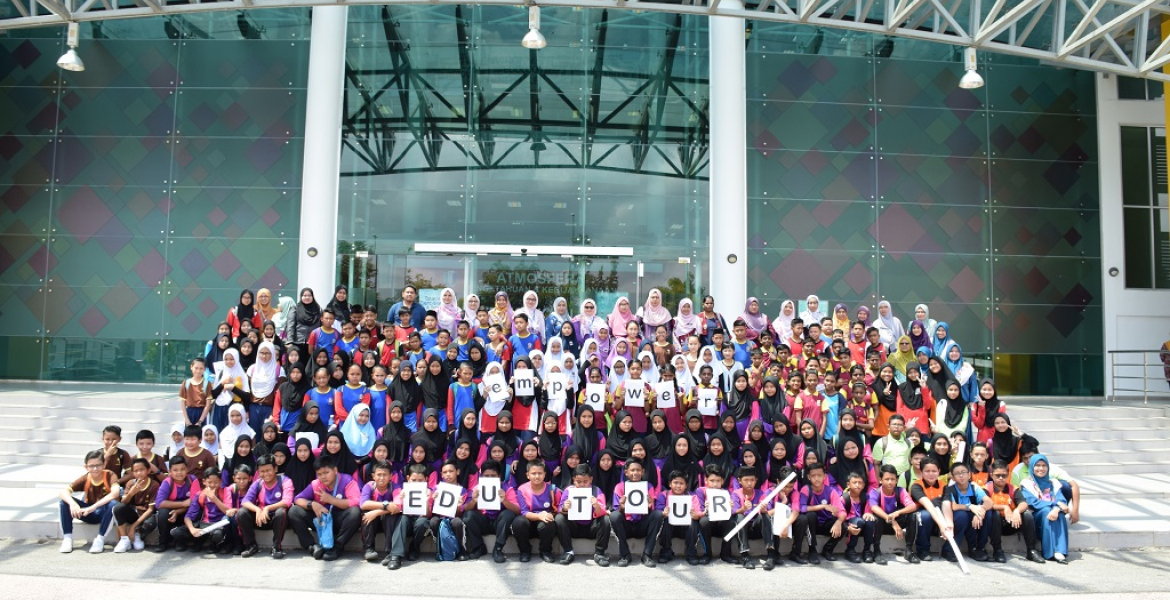 A total of 171 Year 6 pupils from seven schools in Pekan and Kuantan got to experience life as university students at Universiti Malaysia Pahang (UMP) that served as a motivational boost for them to do well in the coming examination, Ujian Penilaian Sekolah Rendah (UPSR).

They also learned about matters related to the cyber world such as scams, bullying and online shopping as well as the adverse effects when one got addicted to IT gadgets.

The pupils were participants of a programme called UPSR Empower Edu-Tour and Socio Outreach organised by the East Coast Economic Region Development Council (ECERDC) and UMP.

They attended a motivational talk and took part in games such as jigsaw puzzle and on digital literacy organised by a group of UMP lecturers fondly known as ‘The Reading Makcixx’.

Faculty of Electrical & Electronics Engineering (FKEE) lecturer and ‘The Reading Makcixx’ Programme Director, Nor Farizan Zakaria said the pupils got to learn many things about the cyber world, social media, online shopping, digital footprint, cyber bullying, online scam and imposters as well as about gadget and Internet addiction.

“In this programme, the pupils are taught about the benefits of the cyber world and the safety precautions that should be observed while at it. In the process, the activities that they took part would have a positive bearing on their characters when using the Internet,” she said.

One of the participants, Wan Norizati Suriya, 12, from Sekolah Kebangsaan Wira in Kuantan, said she obtained a lot of knowledge from the programme especially in matters on digital literacy and the Internet.

She added that on the positive side, social media was a useful platform when it came to studying.

Wan Norizati Suriya also said she had a smartphone but its use was still monitored by her parents.

ECERDC Chief Executive Officer, Baidzawi Che Mat said the one-day programme was aimed at instilling positive self-concept among the pupils when they were outside of the classroom.

“It was also held in UMP which provided the pupils with an environment and atmosphere of a university.

“ECERDC is committed in providing opportunities to the people in the ECER zone and to do so in an inclusive manner so the people can recognise their potentials and work towards achieving them.

“Programmes implemented are prepared in a holistic way. As such, for this programme, it is really important in providing the motivation and encouragement for the pupils and to make them realise that they are capable of success if knowledge and skill gained are properly used,” he said.