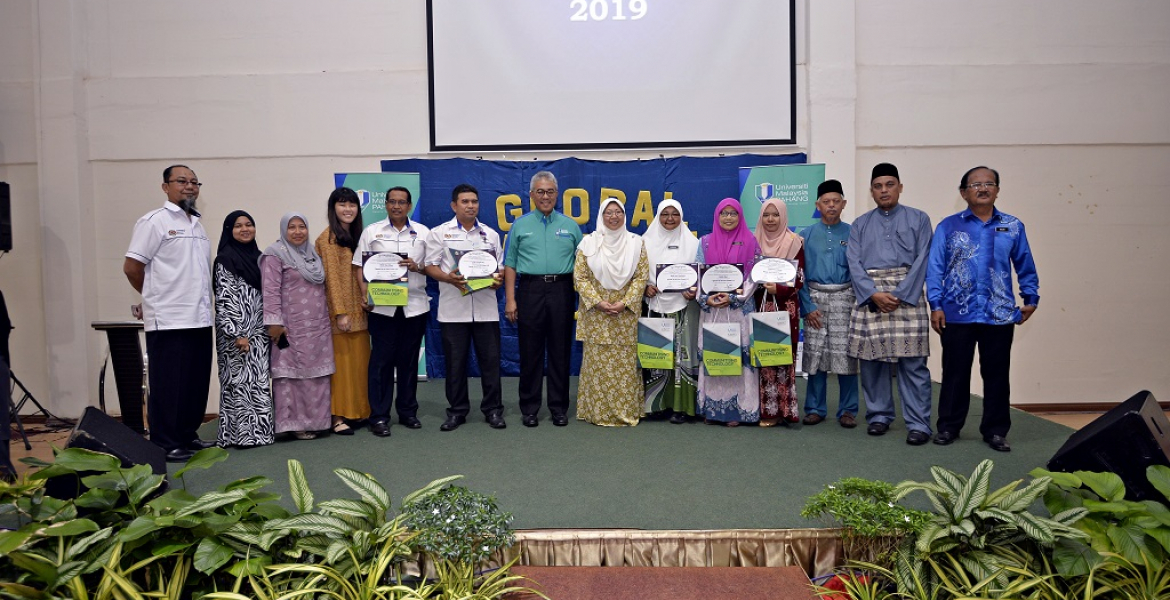 Vide its Global Village UMP 2019, some 200 students from five secondary schools from the towns of Pekan and Kuantan took part in the programme to learn communicating in English.

Held at the UMP Holdings Hall in UMP Gambang Campus on July 26, 2019, the programme was officially closed by the Deputy Minister in the Prime Minister’s Department, Fuziah Salleh, who is also Kuantan’s Member of Parliament (MP).

In her official address, Fuziah congratulated UMP for its efforts, saying such programme helped promote better command of the English language among secondary school students.

“With the presence of seven international volunteers from India, Vietnam, Indonesia, China and Pakistan, it is certainly hoped that such programme will have a positive impact on the participants.

“I was made to understand that one of the main programme activities, called “Speak Up”, is slotted to help secondary school students utilize English as their daily communication tool,” said the Deputy Minister.

Fuziah expressed her hope that such programme could also help eradicate the negative perception of English as a difficult language to master and a confusing subject to learn.

“To better communicate in English, students have to read a lot more English books,” the MP emphasized, adding that teachers also have a pivotal role to play to encourage students to master the language.

Meanwhile, Deputy Vice-Chancellor (Student Affairs & Alumni), Professor Dato’ Dr. Yuserrie Zainuddin expressed his appreciation to the international volunteers who spared their time to come to Malaysia and made the six-weeks Speak Up programme among secondary schools in Pekan and Kuantan a success.

“The international volunteers not only helped with the programme, but also shared with the participants their diverse culture, traditional food and music,” said Professor Dato’ Dr. Yuserrie.
“The volunteers played an important role of bridging the differences of culture and strengthening the bond. They also helped the participants keep abreast with the current state of world affairs,” he added.

At the event, there was also an exhibition by the international students at UMP, who also showcased various international cuisines – among them from countries like Algeria, Pakistan, Yaman, Egypt, India and Kyrgyzstan.