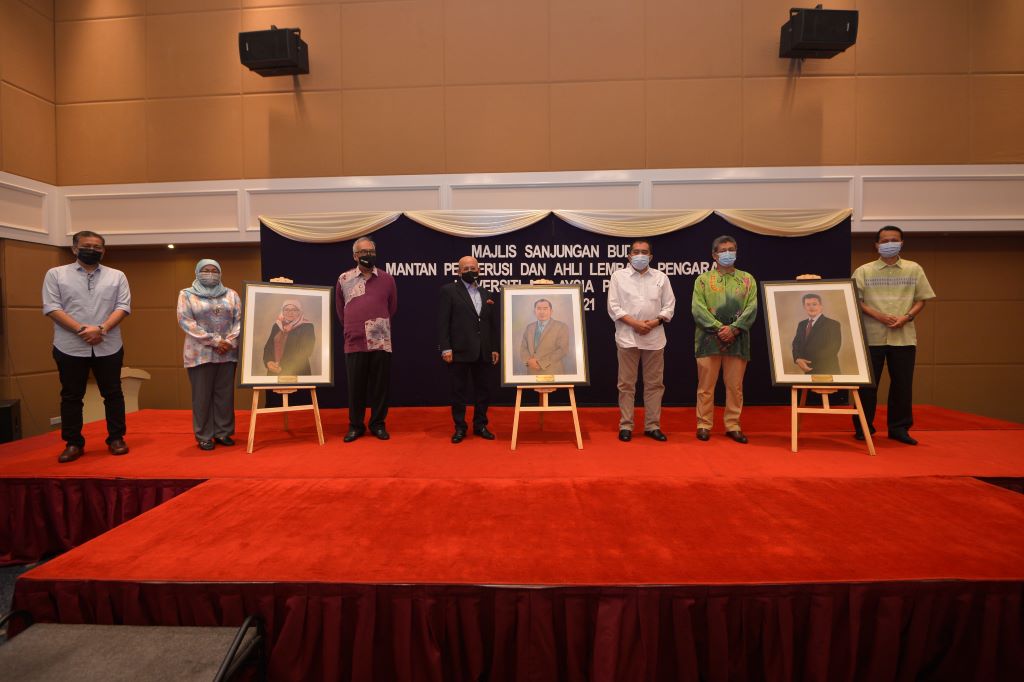 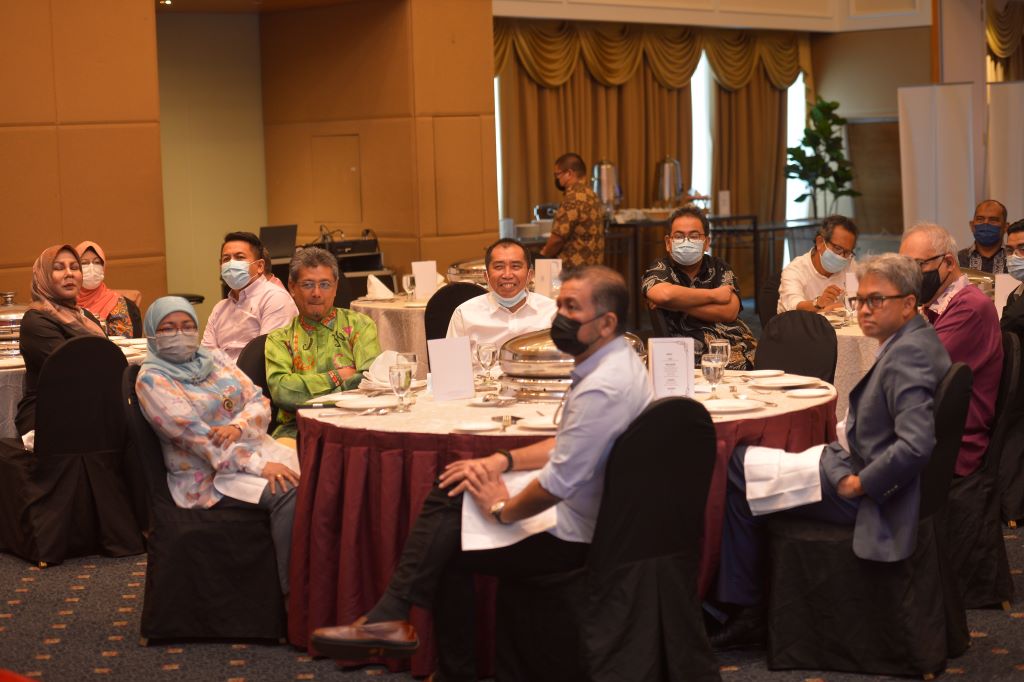 KUALA LUMPUR, 10 April 2021 - Majlis Sanjungan Budi (appreciation ceremony) for the Former Chairman of the University Board of Directors (LPU) and LPU members was held to commemorate and appreciate the contribution of the former LPU Chairman, Dato’ Sri Ibrahim Ahmad who had served for 2 years 9 months 15 days corresponding to 1,017 days in this university.
He is currently the Chairman of LPU at Universiti Tun Hussein Onn Malaysia (UTHM).
The ceremony also celebrated three UMP LPU members who had completed their service, namely Shaiful Suliman, Haji Mohd. Fuad Kamal Ariffin and Associate Professor Dr. Wan Zuhainis Saad and Associate Professor Dr. Wan Mohd Ridzuan Darun, the former Registrar/Chief Operating Officer who was the Secretary of the LPU Secretariat.
In his speech, the UMP Vice-Chancellor, Professor Ir. Dr. Wan Azhar Wan Yusoff, said the ceremony was also a tribute to recognise the excellent service of the five leadership figures who contributed so much to this university.
“The contribution made by the former LPU Chairman and the board members has a huge impact on UMP in producing future leaders. Their energy, time, thoughts, insights and experiences contributed a lot to the success of this university.
“Also, the leadership of the current LPU members led by Tan Sri Dato’ Sri Abdul Aziz Abdul Rahman along with nine other LPU members, including the newly appointed Dato’ Zainal Abidin Ahmad, will continue to drive the university towards excellence throughout the implementation of the UMP Strategic Plan 2021-2025 developed together for the next five years,” he said.
Dato’ Sri Ibrahim, in his speech, also appreciated all the commitments of the LPU members and university officials who had together succeeded in realising the UMP excellence agenda.
“Hopefully, all UMP lecturers will continue to contribute their expertise to the development of the country such as the late Royal Professor Dr. Ungku Abdul Aziz Ungku Abdul Hamid who was an economist and lecturer as well as the most respected figure, especially in the field of education and economics in Malaysia,” he said.
With his prowess, he came up with the idea for the establishment of Lembaga Urusan dan Tabung Haji (LTH), the initiator of the establishment and the First Director General of Dewan Bahasa dan Pustaka (DBP), founded the Teikyo Language Institute, founded the University of Malaya and sparked the idea of establishing an Islamic Academy and Centre for Foundation Studies in Science.
The ceremony was also graced with the presentation of souvenirs in appreciation from the university.
Also present at the ceremony were the Registrar/Chief Operating Officer of UMP, Hazmin Aris, Deputy Vice-Chancellor (Student Affairs & Alumni), Professor Dato’ Dr. Yuserrie Zainuddin, Deputy Vice-Chancellor (Academic & International), Professor Ts. Dr. Mohd Rosli Hainin and Deputy Vice-Chancellor (Research & Innovation), Professor Ts. Kamal Zuhairi Zamli and the university LPU line-up.
By: Mimi Rabita Abdul Wahit, Corporate Communications Unit, The Office of The Vice-Chancellor
Translation by: Dr. Rozaimi Abu Samah, Engineering College/Faculty of Chemical and Process Engineering Technology