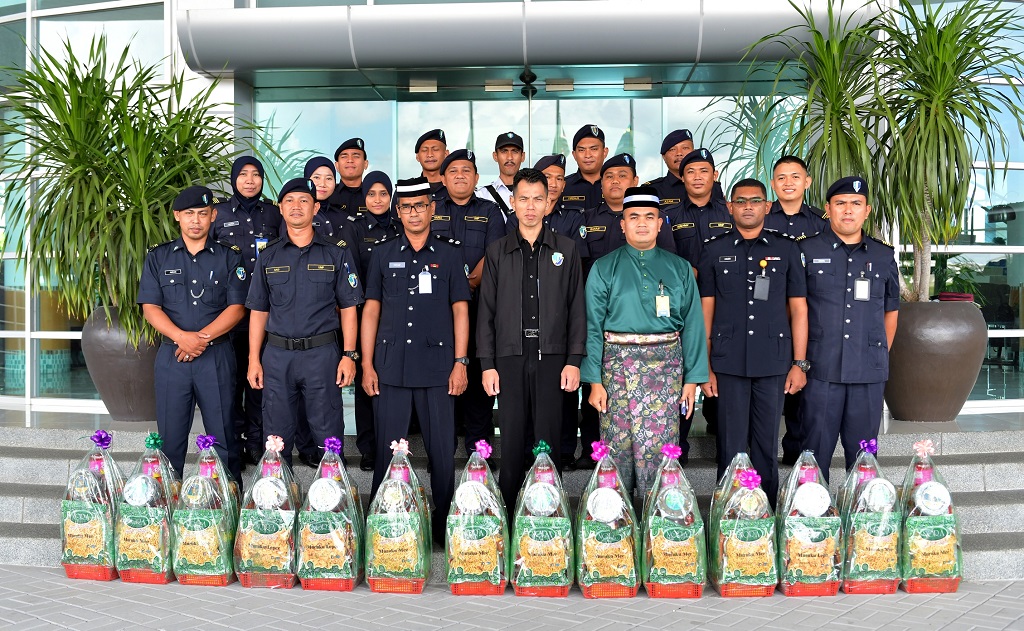 UMP acknowledged the sacrifices of its security personnel

Universiti Malaysia Pahang (UMP)’s Registrar Department distributed 29 biscuit packs to its security personnel who would be working during the Aidilfitri celebration as a mark of appreciation to the sacrifice they had to make during the festive season.

Abd Rahman said this was an annual tradition and that it was a show of appreciation for their commitment to work and safeguard the university’s two campuses in Kuantan and Pekan during the festive celebration.

“At the time when UMP staff are spending their long holidays, the security personnel remain committed in carrying out their duties safeguarding the campuses and we shall not forget their contribution.

“UMP has always put emphasis on the welfare and wellbeing of its staff,” he said.

Security personnel Nurzatul Syida Zahari said, it was a meaningful gesture on the part of UMP and she was grateful for the concern showed to them.

She added that working during the festive season was already something that she got used to and that it was a heavy responsibility which must be carried out accordingly.