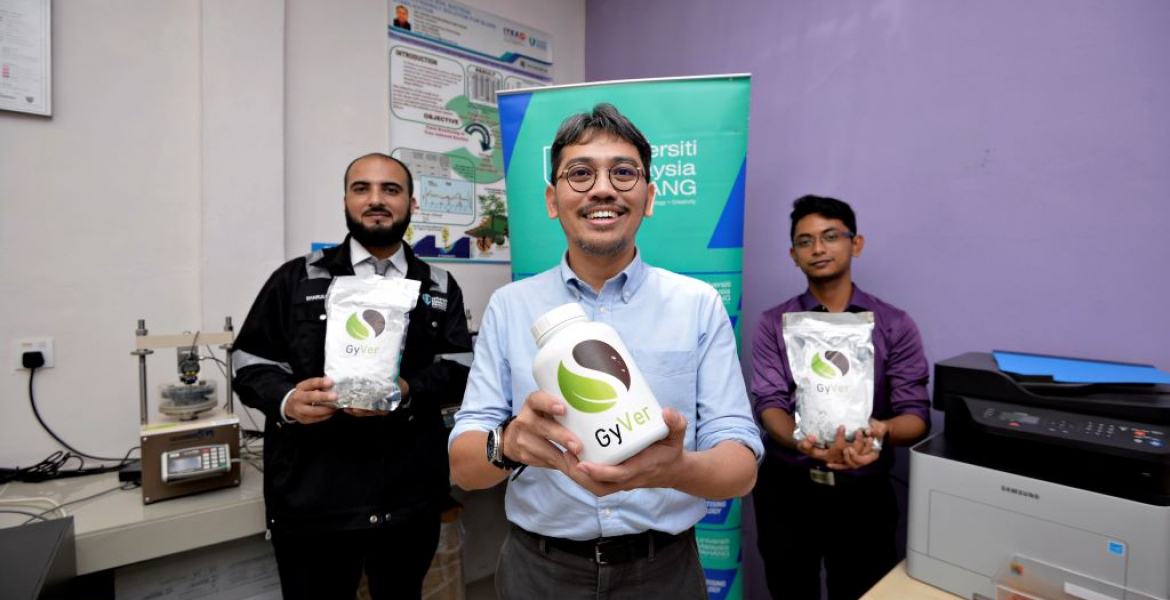 KUANTAN, 22 December 2020 - Many consider coal waste and cow dung to be worthless and often associated as the sources of environmental pollution.

However, it is different for a group of researchers from Universiti Malaysia Pahang (UMP) who successfully conducted the waste-based research with the production of Encapsulated Bottom Ash Column (EBAC) and GyVer to solve problematic soil structure.

According to the project leader, Associate Professor Ts. Dr. Muzamir Hasan from College of Engineering UMP, EBAC is a method of strengthening the soil using waste from coal bottom ash that is widely used to generate electricity at power stations.

“While GyVer is a method of soil stabilisation using waste products from cow dung.

“Both methods use a sustainable construction approach because they can solve the problem of waste dumping waste by utilising all these materials.

“Besides that, the utilisation of these materials can reduce the use of natural materials used in conventional methods,” he said.

He said, at the same time, this method can also solve the problem of structural construction in problematic land areas.

“The idea of producing EBAC started in 2010 through the observation of high annual production of coal bottom ash and there is no effort to adopt this material which causes this waste to be dumped at landfills so that it requires high cost and large area.

“EBAC must go through a design process based on the soil properties at the site and then the dimensions for this EBAC are produced and buried in the soil.

“Meanwhile, GyVer was developed in 2016 through the results of a literature review related to the main material of the study, namely cow dung, which shows the potential for use in the soil stabilisation process,” he said.

He added that this product is mixed into the soil to be stabilised according to the suitability of the soil properties at the site.

“The findings of this study can solve the problem of structural construction in problematic soils.

He said about the future planning, this research will continue to be improved and they will look for opportunities to conduct research on suitable construction sites and can be expanded to the rest of the world,” he said.

EBAC Research has won a gold medal at the British Invention Show (BIS) 2018, Malaysia Technology Expo (MTE) 2018 and the International Conference and Exposition on Inventions by Institutions of Higher Learning (PECIPTA’17).

By: Nor Salwana Mohd Idris, Corporate Communications Unit, The Office of The Vice-Chancellor