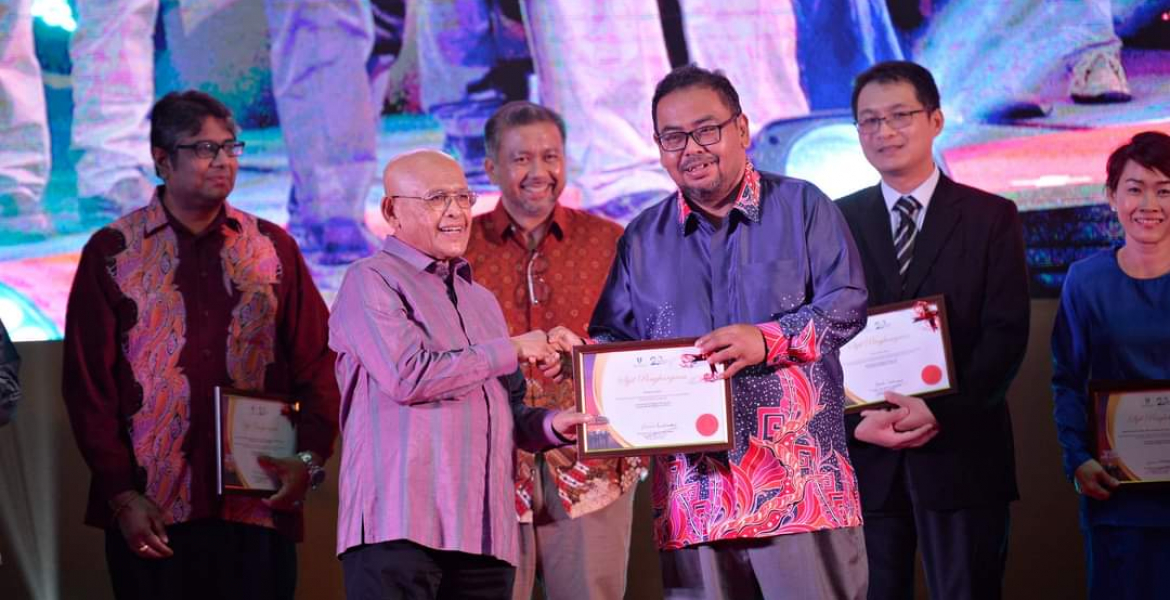 KUANTAN, 21 July 2022 – “When we do our research, we can deepen the knowledge further and indirectly, it will facilitate teaching and learning sessions.

“Then the discovery of new knowledge is translated into journal writing to share the research and technology with all,” said the Deputy Vice-Chancellor (Research and Innovation), Universiti Malaysia Pahang (UMP), Professor Ts. Dr. Kamal Zuhairi Zamli who won the Cendekia Bitara Award and the Journal Publication Sanjungan Award in the recent Cendekia Bitara Award Ceremony.

Professor Ts. Dr. Kamal said that academics not only need to teach but also do research and publish through academic journals. 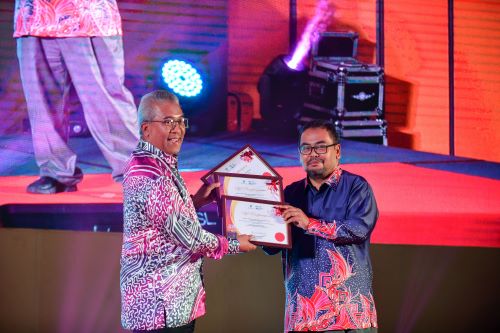 “I admit that by taking on great responsibility in the UMP top management, time management is crucial in juggling time between teaching and research.

“I hope this award will encourage all academics to take this opportunity to improve the publication of journals,” he said.

Another recipient of the ACB award, Professor Ir. Dr. Mohd Faizal Jamlos, a Professor from the College of Engineering (KKEJ), UMP also expressed his gratitude for the opportunity, and it was double happiness when he was appointed as the new Senate Representative on the UMP Board of Directors starting 6 June 2022. 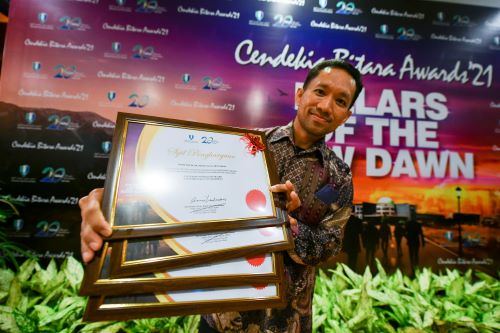 According to Professor Ir. Dr. Mohd Faizal, an international grant received from FILPAL(S) Pte. Ltd. based in Singapore and the CREST industry grant reflect the industry’s trust in UMP researchers, especially in the latest areas of internet of things (IoT) and machine learning which are very significant specifically in the modern research of aquaculture, agriculture and the environment.

“These grants are needed to fund projects, especially those related to big data, internet of things and machine learning.

“In the meantime, postgraduate students also play a role in developing prototypes and the publication in Q1 high-impact journals to assist the university in raising the QS Ranking and THE Ranking ratings as well as assisting efforts to improve the university’s MyRA,” he said.

They were among the 219 academics who received ACB awards and Sanjugan Awards in various categories.

The event, themed Pillars of The New Dawn, is a motivation for other researchers at the university to produce comparable research internationally.