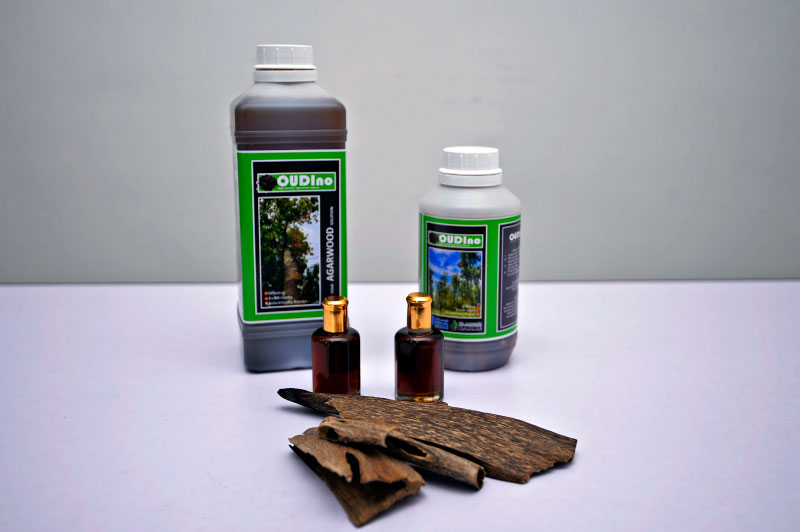 GAMBANG, 21 October 2021 - The keen interest in the agarwood industry has sparked the idea for researchers from Universiti Malaysia Pahang (UMP) to produce Nano-Inoculant to help stimulate the production of the best agarwood in a short period.

The research was conducted by the Director of the Centre for Bioaromatic Research, Associate Professor Dr. Saiful Nizam Tajuddin.

According to Associate Professor Dr. Saiful, the agarwood industry is said to be of high value but remains a mystery due to a lack of understanding from the scholarly and scientific aspects.

“Therefore, the research team consisting of UMP master’s and doctoral students roamed the forest and worked with the Orang Asli community in Rompin, Pahang, to scientifically understand the natural formation of agarwood.

“Information and data through observations during the sampling activity were then analysed in the laboratory.

“The findings resulted in inoculation technology that is scientifically formulated in the laboratory and tested in local and international agarwood farms,” he said. 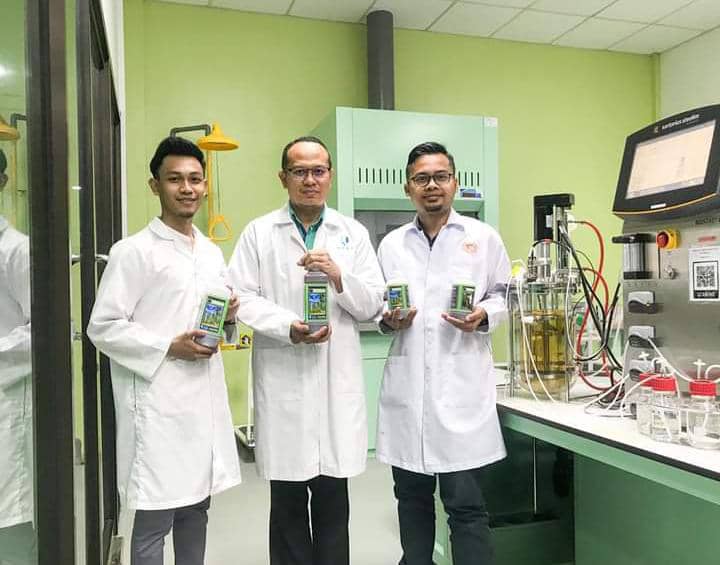 He added that based on chemical analysis in the laboratory, the formation of agarwood is due to a chemical reaction in the tree that produces terpenoid.

“This research is related to the production technology of agarwood resin of comparable quality for natural agarwood in the forest called Nano-Inoculant based on biotechnology and chemical analysis.

“Nano-Inoculant was developed based on effective microorganism (EM) technology with the scientific formulation in a bioreactor, and it is proven to produce grade A agarwood as early as six months after the inoculation period on the farm.

“Nano-Inoculant can be used on agarwood trees as young as four years old.

“Holes are drilled in the tree trunk, then Nano-Inoculant liquid is injected into the hole, and the hole is closed with a special cover to stimulate the production of agarwood,” he said.

He added that the development of this technology can lower the cost of inoculation on the farm and yield as early as six months compared to the natural formation in the forest, which takes 10 to 20 years.

“Agarwood is the most expensive commodity in the world, which is the raw material of the fragrance industry.

“In early 2019, we came out with small-scale products and marketed according to customer demand.

“Alhamdulillah, we received positive feedback and are now in the phase of large-scale production to meet the demand of the local and international industries.

“We are scaling up the production to industrial scale using 100 L bioreactor to meet the domestic and foreign demands.

“At the same time, we managed to secure a research contract through a memorandum of agreement (MoA) with the leading international agarwood company (Ajmal Perfumes, Dubai) and Jamil Ghani Holding in Malaysia, which have agarwood plantation capacities of 10 million and 11,000 trees, respectively.

“This proves the success of our function at the Centre for Bioaromatic Research, UMP in creating technology for the odour- or aromatic-based industries,” he said.

He also looked back at the beginning of his research in 2014 through the assistance of a research grant from the Ministry of Higher Education (MOHE) and also received support from UMP and the Ministry of Science, Technology and Innovation Malaysia (MOSTI).

“I am grateful that this research has received cooperation from various parties from within and outside the country.

“Several series of research grants have been awarded to our research team worth RM600,000 from MOSTI and KPT as well as the involvement of the local industry, namely Jamil Ghani Holdings Sdn. Bhd. for the agarwood plantation sector.

“In fact, we also received international grant funding of RM113,000 from Ajmal Perfumes, Dubai,” he said.

This research has won several gold medals during exhibitions and competitions such as the Creation, Innovation, Technology & Research Exposition (CITREx) and Malaysia Technology Expo (MTE).

Apart from that, they received special awards from the Malaysian Technology Development Corporation (MTDC) and the Republic of Croatia for the agriculture category in 2021.

According to him, the Nano-Inoculant technology is sold at a price of RM250 per unit and those who are interested can browse the website and Facebook of the Centre for Bioaromatic Research, UMP or contact us at 019-9894742.

“I hope this research product can bring good news to the local and international agarwood industry operators.

“Hopefully, our research team at the Centre for Bioaromatic Research will continue to produce innovations that are beneficial to the industry and also become a world reference,” he said.