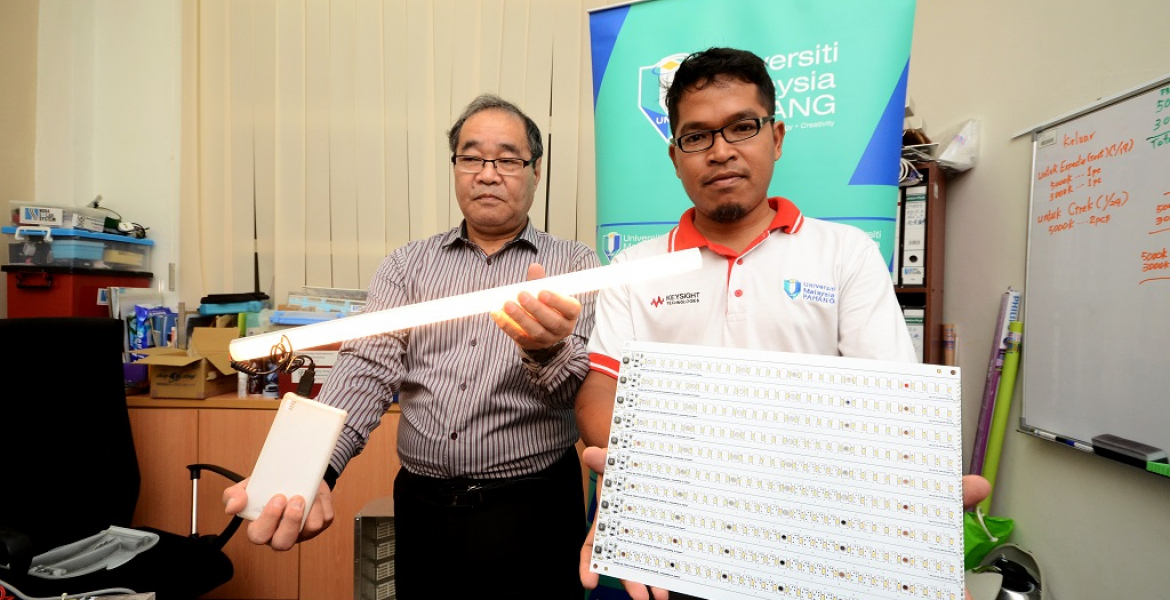 They started the research project in 2010.

Project leader, Hisaji Noda, who is from Fukuoka, Japan, said the idea came about after observing existing LED system available in the market that often had life span and heat issues.

“Due to high heat released, the system cannot last long. However, UMP USB LED Stick can last up to 16 hours and will not heat up as compared to products available in the market. The heat factor can cause lights to break down easily.

“There are a lot of LED lights in the market but mostly will heat up easily and can last between three to five hours only,” he said, adding,  UMP USB LED was designed in such a way that it was easy to carry and use.

He also said one only needed to plug the product to a power bank to activate the LED light system.

“This product is able to solve problems often face by night market sellers, travellers, mechanics and consumers looking for light sources at night. It is easy to carry around and does not need power from a utility source.

“For future plans, the LED system developed will be marketed in various forms such as street light, house light, decorative light and spot light,” he added.

He added that the company had plans to market the products, with a price tag of RM250 per set that contained two units of LED Stick and a power bank.

“The light system is now being used in Pekan Campus and is found to last until now although tests were conducted several years ago,” he added.

He hoped that the LED system developed could help solve problems involving light sources at areas where there was no source of electricity.