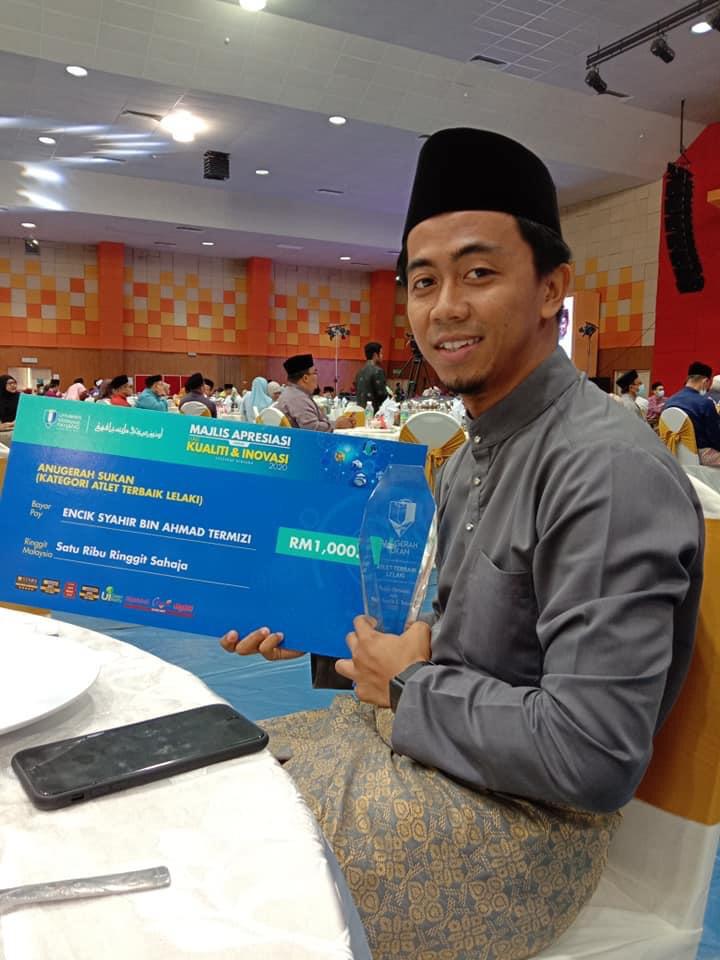 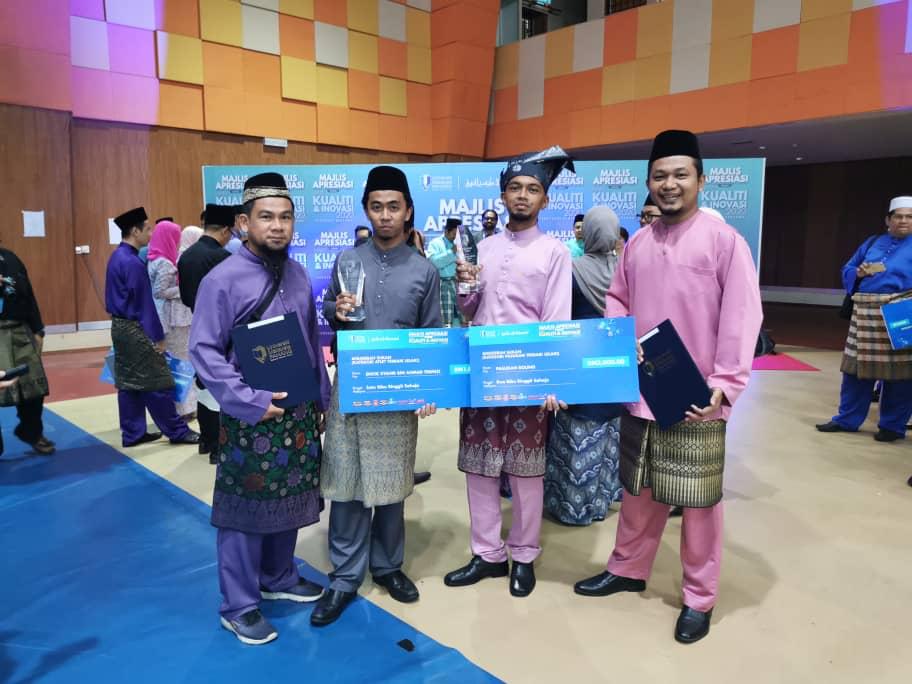 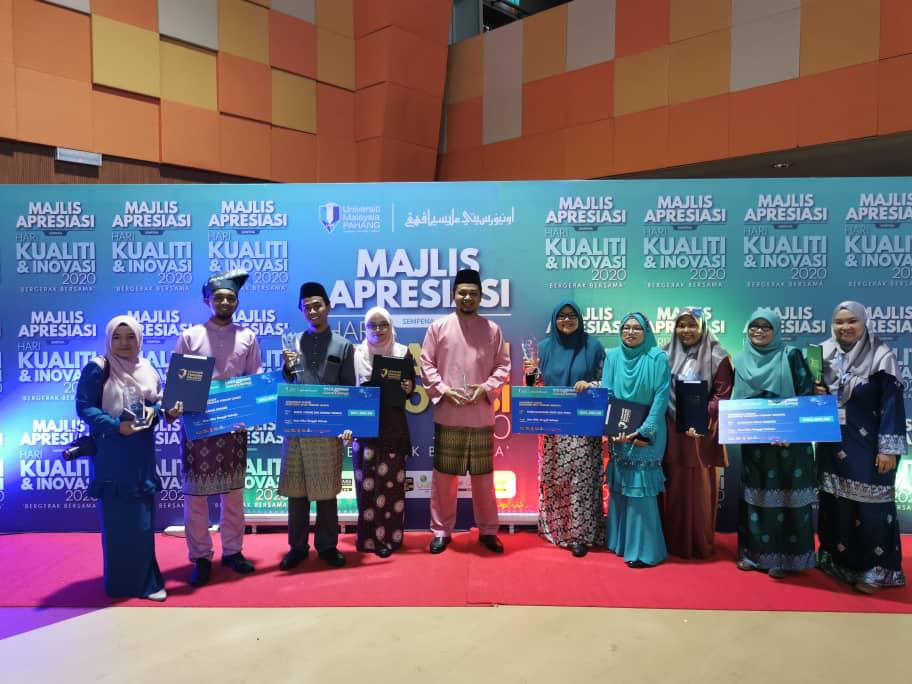 Kuantan, 28 August 2020 - The staff of the Centre for Sports and Culture, Syahir Ahmad Termizi, 26 was named the recipient of the Sports Award for the Best Male Athlete category at Majlis Apresiasi in conjunction with the Quality & Innovation Day 2020 at the Sports Complex, UMP Gambang Campus recently.
Meanwhile, the Best Female Athlete was won by Kamariah Peah from the Faculty of Civil Engineering Technology (FTKA).
They took home a cash prize of RM1,000.00, a trophy and a certificate.
The prizes were presented by the Chairman of Universiti Malaysia Pahang (UMP), Dato’ Sri Ibrahim Ahmad.
Also present was the UMP Vice-Chancellor, Professor Ir. Dr. Wan Azhar Wan Yusof.
Syahir, who is the Youth and Sports Assistant at the Centre for Sports and Culture, was chosen following his triumphant feats in representing Pahang in the Tenpin Bowling Championship of the Malaysian Government Services Welfare and Recreation Council (MAKSAK) 2019.
Previously, Syahir also won a silver medal in the individual and team categories in the East Coast IPT Tenpin Bowling Championship.
He also won a bronze medal for the individual category in the JKN Pahang Director Cup Tenpin Bowling Championship 2019 as well as a gold medal in the UMP Inter-Department Tenpin Bowling Championship 2019.
He was also the coordinator of the UMP Tenpin Bowling Games during the MASUM Carnival 2019.
He did not expect to receive the award and he also thanked UMP.
“I am very happy to have won this award. I also want to share this success with both my parents who have always supported and sacrificed since I was a kid,” he said.
“I hope this success will spur me to keep fighting in tenpin bowling and still be given the opportunity to represent Pahang in the upcoming MAKSAK 2020 Tenpin Bowling Championship,” he said.
He was even more honoured when his team was also announced as the winner of the Best Men’s Team through Tenpin Bowling.
The Best Women’s Team was won by the Volleyball team. The winners took home a cash prize of RM2,000.00, a trophy and a certificate.
Meanwhile, for Kamariah, she has made the university proud by representing Pahang in the Volleyball Championship of MAKSAK 2019.
At the same time, she also won a gold medal in the Volleyball Championship for Pahang Pre-MAKSAK (Women) Volleyball Championship 2019 and several other tournaments.
This Sports Award is one of the awards given to staff in recognition of the glorious contribution made by the UMP athletes as well as a catalyst for sports and recreational activities at the university.