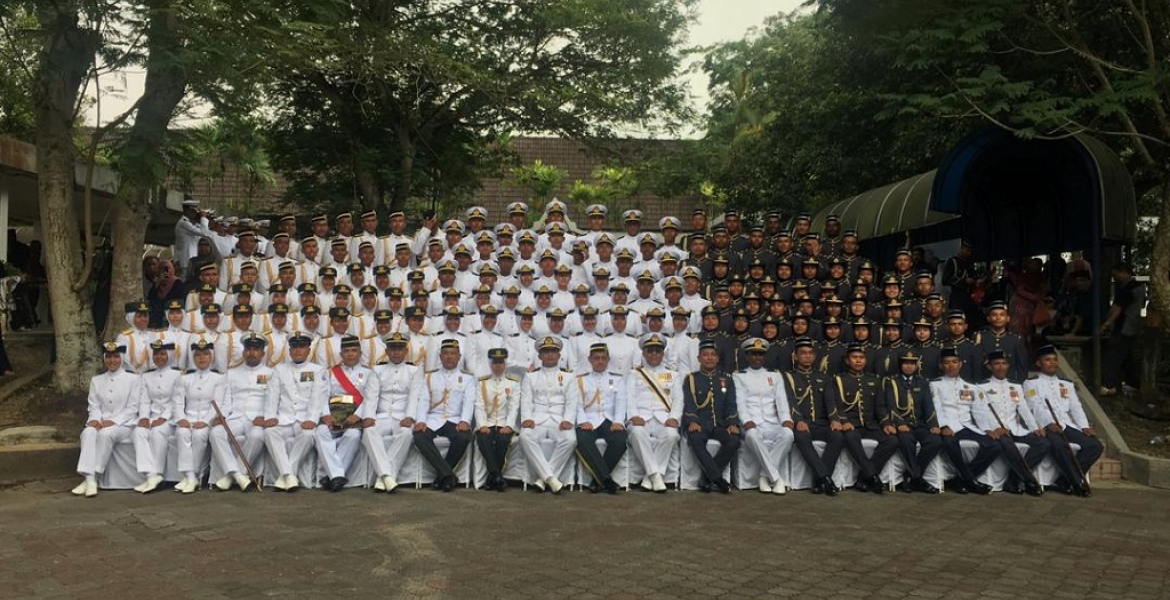 A total of 128 Universiti Malaysia Pahang (UMP) Reserve Officers Training Unit (PALAPES) from the army, navy and air force branches were commissioned as Cadet Officers in the Malaysia Armed Forces, with the rank of Second Lieutenants.

They were among the 1,560 cadet officers from 18 public universities who attended the 38th Public University PALAPES Cadet Officer’s Royal Accreditation Ceremony held at Universiti Teknologi Malaysia (UTM) on August 3, 2019.

In his speech, Tunku Ismail congratulated the cadet officers who had completed their trainings and were now ready to serve in the three branches of the armed forces and the special reserve force.

He advised them to be better persons who were armed with the experience and training and eventually, becoming leaders who were perceptive in building the nation.

He emphasised on the aspect of loyalty to the King and country, an effort that would uphold harmony in a multi-racial society.
Tunku Ismail also presented the Sword of Honour to the best cadet officers from each university.

Second Lieutenant Mohd Najmi said he was pleased to receive the Sword of Honour and thanked all the officers and trainers who had taught him for three years.

He said he would stay committed and stay active in the Military Reserve Force even if he had a career of his own.