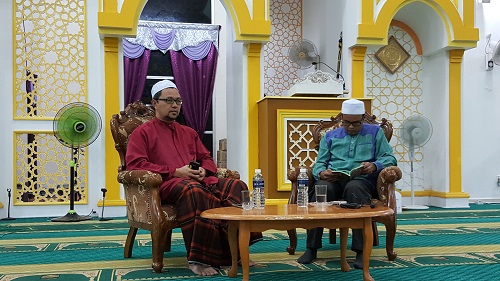 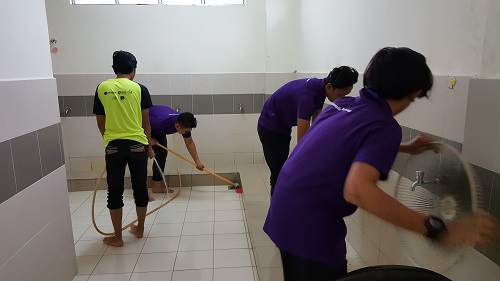 Prospering the mosque with Jom Lepak@Masjid

Islamic & Human Development Centre (PIMPIN) continue to expand its responsibility to communities the university with the organizing of Jom Lepak @ Masjid at Kg. Tanjung Agas Mosque in Pekan recently.

It is a continuation of previous programme successfully conducted at Kg. Marhum Mosque and Tanjung Selangor Mosque in Pekan, Paya Bungor Mosque in Maran and Permatang Badak Old Mosque in Kuantan.

Ustaz Shahrul Nizam Md Ahir, programme director said, this location is one of the listed location in the road tour series initiated to rebrand UMP through community service programme besides the effort to prospering the mosque.

According to Dr. Mansor, mosque is a place of worship for followers of Islam. It is a place for them to perform solat and to have religious activities for the Muslim. It is also an institution ummah development and should grow in line with the current development.