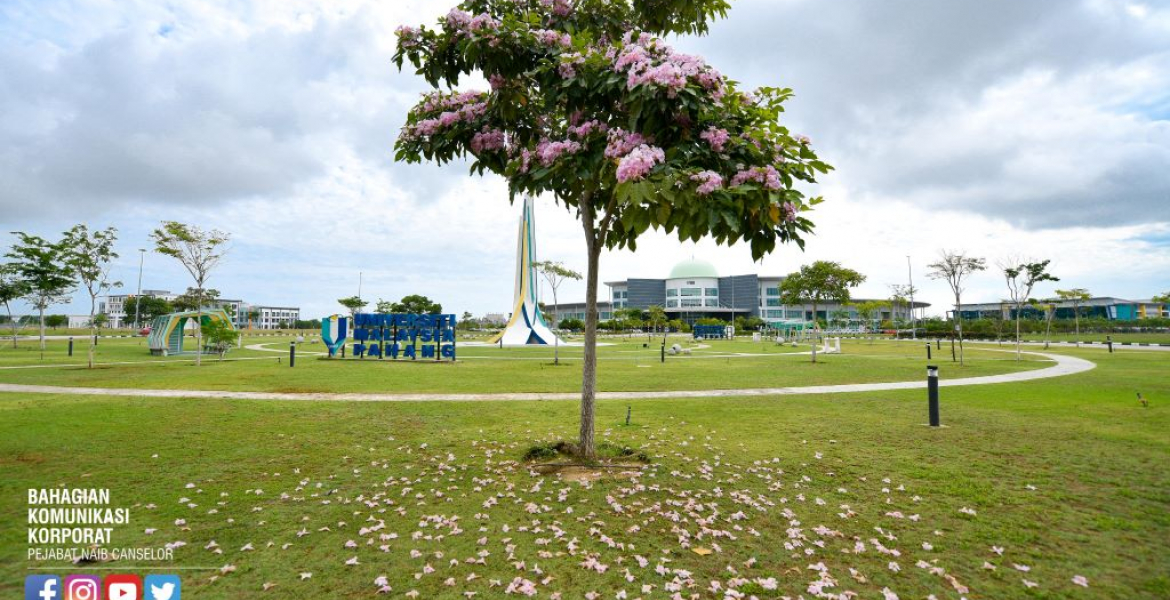 Spring in the air with ‘Sakura’ in UMP

PEKAN, 30 March 2021 - The phenomenon of Tecoma flowers, or fashionably referred to by locals as ‘sakura’, is once again beautifying Malaysia’s scenery.

Usually in March, many beautiful light pink and white flowers begin to bloom and beautiful flower petals carpet the ground.

Hot and humid weather is a common phenomenon in tropical regions such as Malaysia, unlike in Japan, which has four seasons: spring, summer, autumn, and winter.

In Japan, the spring season starts from March to May, during which beautiful flowers will bloom, including cherry blossoms. 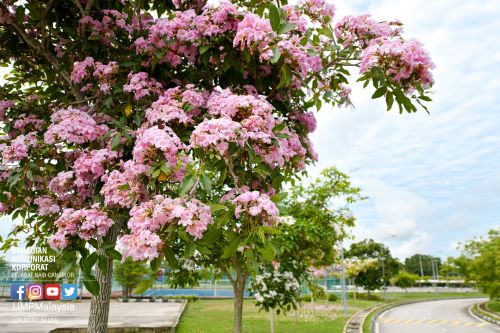 The rare scenery will attract public attention and become a focal location for taking pictures and even becoming an attraction for nature lovers and shutterbugs to take selfies to be uploaded on social media.

The Director of the Centre for Property Management and Development (PPPH), Dr Mohamad Idris Ali, found the phenomenon of lush white and pink flowering trees occurred in several areas within the UMP Pekan and Gambang campuses. 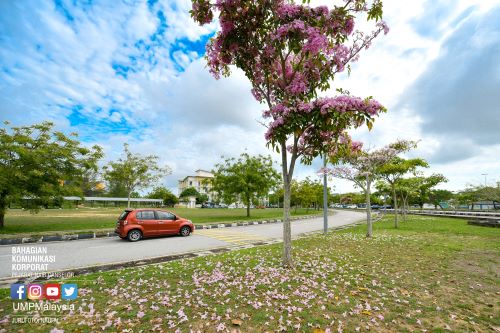 “A similar atmosphere can also be enjoyed in several areas within the campus to attract the attention of campus residents to immortalise the memory under the tree.

“We could see many people stopped their vehicles and took the opportunity to take pictures in the area of the blooming Tecoma trees or scientifically known as Tabebuia pentaphylla,” he said.

“The tree, which blooms twice a year, is now tinged with various colours like the cherry blossom season in Japan and South Korea,” he said. 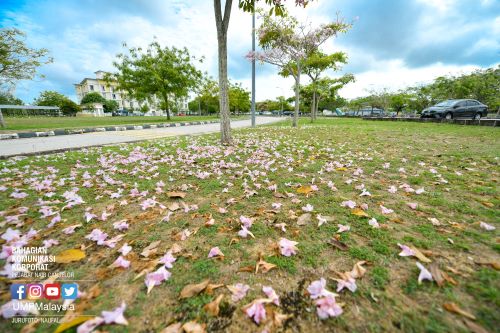 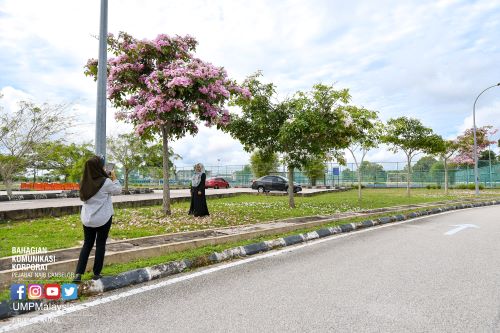 According to him, it will bloom from March to April and September to October each year.

“Besides that, this tree also has antibacterial and antimalarial properties as well as being suitable as a windbreak and ornamental trees on roads and residential areas,” he said.

Meanwhile, the PPPH Manager, Ernie Nurazlin Lizam who admired the beautiful panorama said, many were excited because such scenery is rare in the country. 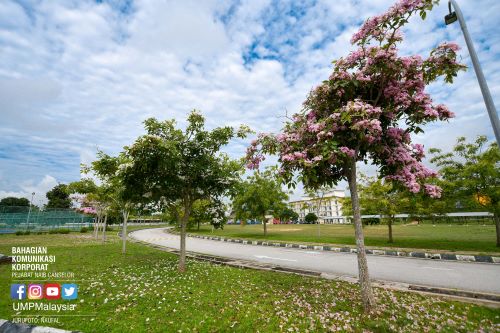 “This tree is medium to large in size, between 15 and 20 meters high, apart from forming a thicket of leaves on the tree in tiers,” she said.

The Tecoma tree season is not alien in Malaysia, but this year its bloom went viral in Malaysia, possibly due to the COVID-19 pandemic that prevents people from going abroad.

Hence, many people shared interesting pictures until these Tecoma trees started to get attention.