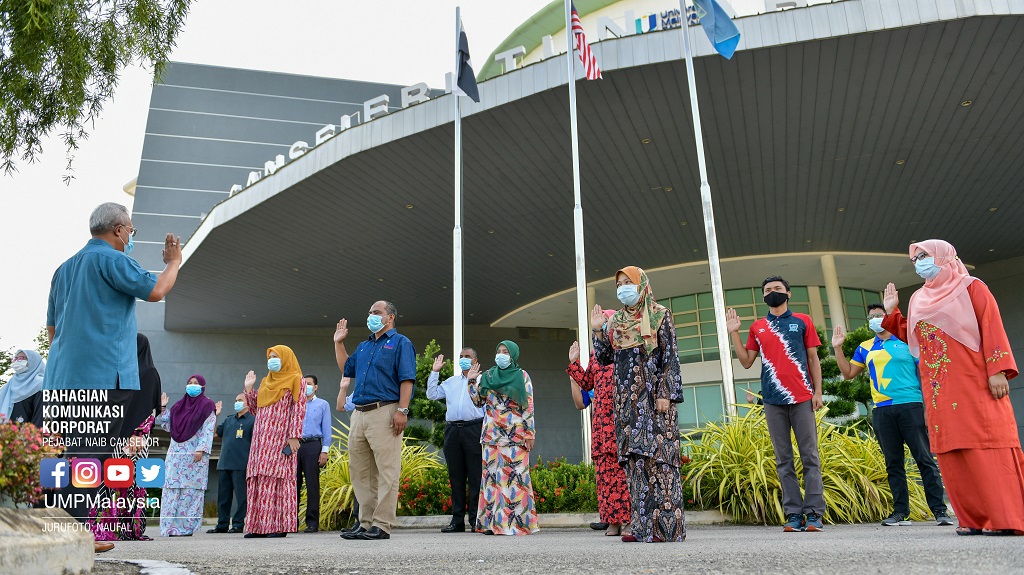 The government’s effort to sustain the nation’s unity with many races and religions is not an easy task.

Thus, 50 years ago, on 31 August 1970, Rukun Negara was declared to strengthen the unity of the country following the 13 May 1969 incident which had threatened unity among the races in Malaysia.

It contains five principles that must be adhered to and lived by every Malaysian, namely Belief in God, Loyalty to the King and Country, Supremacy of the Constitution, Rules of Law, and Courtesy and Morality.

Rukun Negara is the basis to ensure that the people always accept and understand the diversity of races, religions and beliefs as a privilege and uniqueness that must always be defended.

The Administrative Officer of the Registry Department, Nor Fadzillah Zulkipli said, Malaysians must respect Rukun Negara so that there will be no more racial conflicts.

“Every principle plays a crucial role in forming unity. Appreciation of each principle is necessary to create a harmonious atmosphere.

“If it is appreciated, the country can ward off any negative ideology and strengthen the country’s defence from within which aims to divide the people and create a chaotic atmosphere,” he said.
Among the objectives of Rukun Negara are to achieve and foster better unity amongst the society, preserve a democratic way of life, create a just society where the prosperity of the country can be enjoyed together in a fair and equitable manner.

Besides, Rukun Negara aims to ensure a liberal approach towards the rich and varied cultural traditions, and build a progressive society that will make use of science and modern technology.

According to Siti Soffiah Mohamad Yusof, Administrative Assistant, Student Affairs and Alumni Department (JHEPA), although Malaysians are multiracial and multireligions, unity will remain intact in the country if they always adhere to the five principles of Rukun Negara.

“It is also seen as a general direction and guide for Malaysians. Along with the technological advances, all information is at the fingertips.

“This also drives some irresponsible parties in spreading fake news that will adversely affect national security and unity.

“The principles of Rukun Negara, which have been instilled since primary school, seem to have vanished and are no longer practised by some communities, especially the young,” she said.

A Chemical Engineering Master’s student from the College of Engineering, Ros Shazuin Rayyanu Mohd Zaki considered that Rukun Negara can form unity when every citizen understands the principles well without a doubt.

Syed Muhammad Arif Danial Syed Mohd Azmir, also a Chemical Engineering Master’s student from the College of Engineering, thought that if a Malaysian can understand the meaning behind each principle of Rukun Negara, this country will always be in harmony and unity.

Meanwhile, according to another Chemical Engineering Master’s student from the College of Engineering, Wan Nur Farah Azlin Wan Othman, if the people are united and appreciate Rukun Negara, unity is guaranteed without any internal threats that can be triggered by the people themselves.

In fact, the primary foundation for the establishment of Rukun Negara is to reinstate the unity of the country that was once tarnished following the 13 May 1969 incident and further strengthen unity in the future for the well-being and harmony of the country.

Rukun Negara is not just a principle that is pronounced with a pledge alone but requires the people to understand, appreciate and practice regardless of age, race or religion.

By: Nur Hartini Mohd Hatta, The Office of Suara UMP