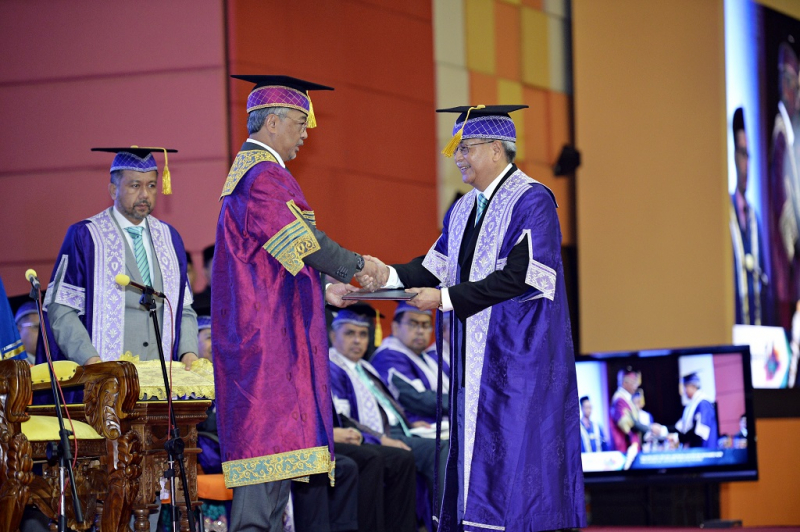 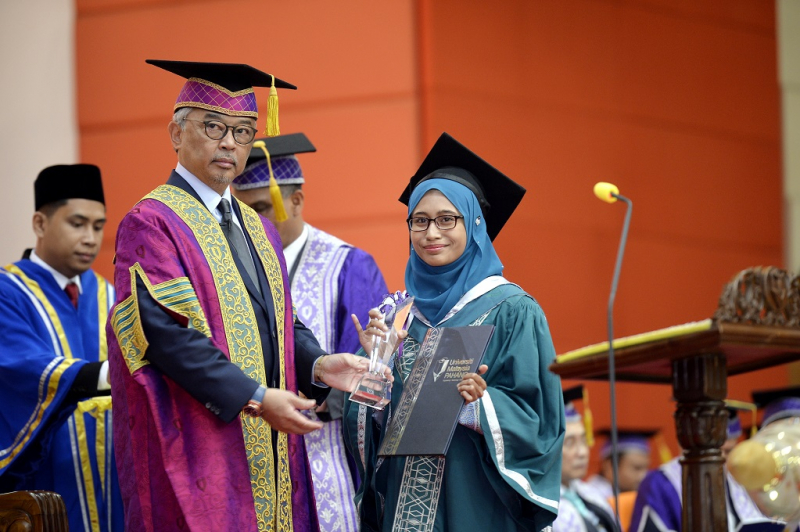 The experience gained when she was a participant in a student exchange programme to Turkey two years ago provided the impetus for Nazratul Husna Yatim Selamat, to complete her studies with flying colours. 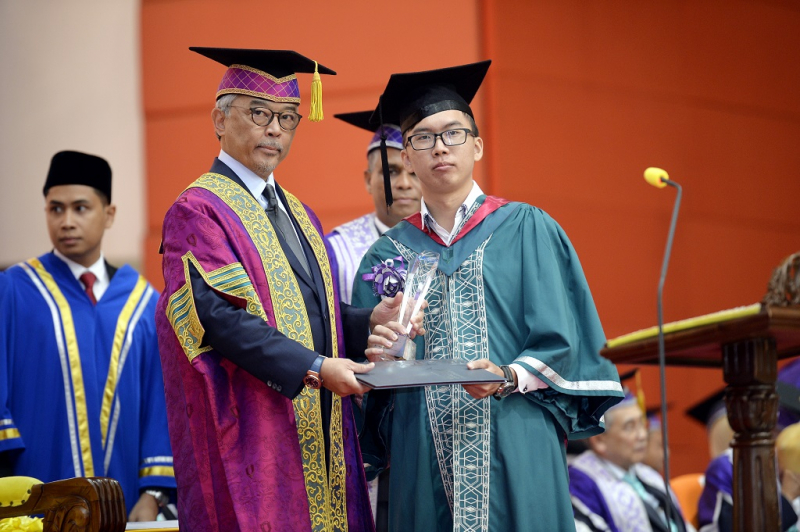 His father was a labourer and the hardship that he faced had been the impetus to spur Hong Wai Siang, 24, to do well in his studies and to his surprise, all the struggles and burning the midnight oil was rewarded when he was named the recipient of Sapura Industrial Berhad Excellence Award.

He received his scroll and the award during Universiti Malaysia Pahang (UMP) 13th Convocation Ceremony held at UMP Gambang Campus on November 10 and 11, 2018. 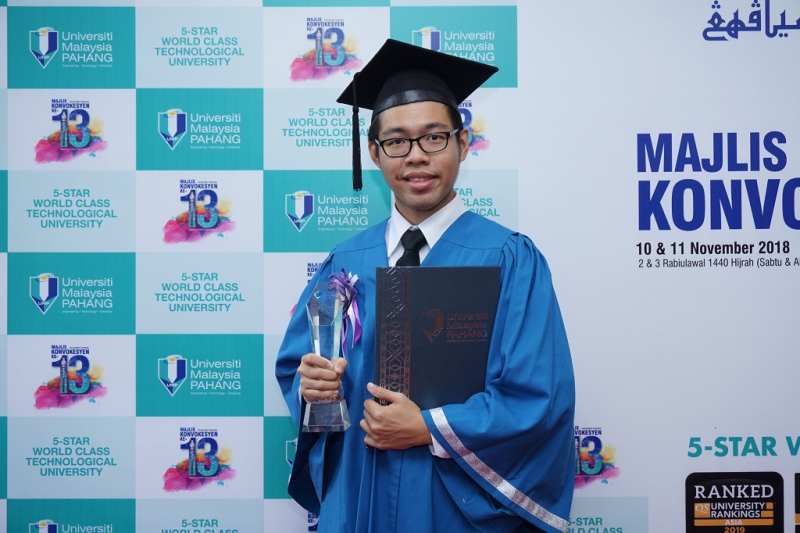 Tai Jia Yee strived to do his best so he would be able to give his single mother a better life. He would always remember the advices given by his mother, Lee Whai Leng, and that spurred him to do well.

Mummy did know well because the good advice given and heeded by her son also earned him the University Gold Award that was presented at Universiti Malaysia Pahang (UMP) 13th Convocation Ceremony held recently. 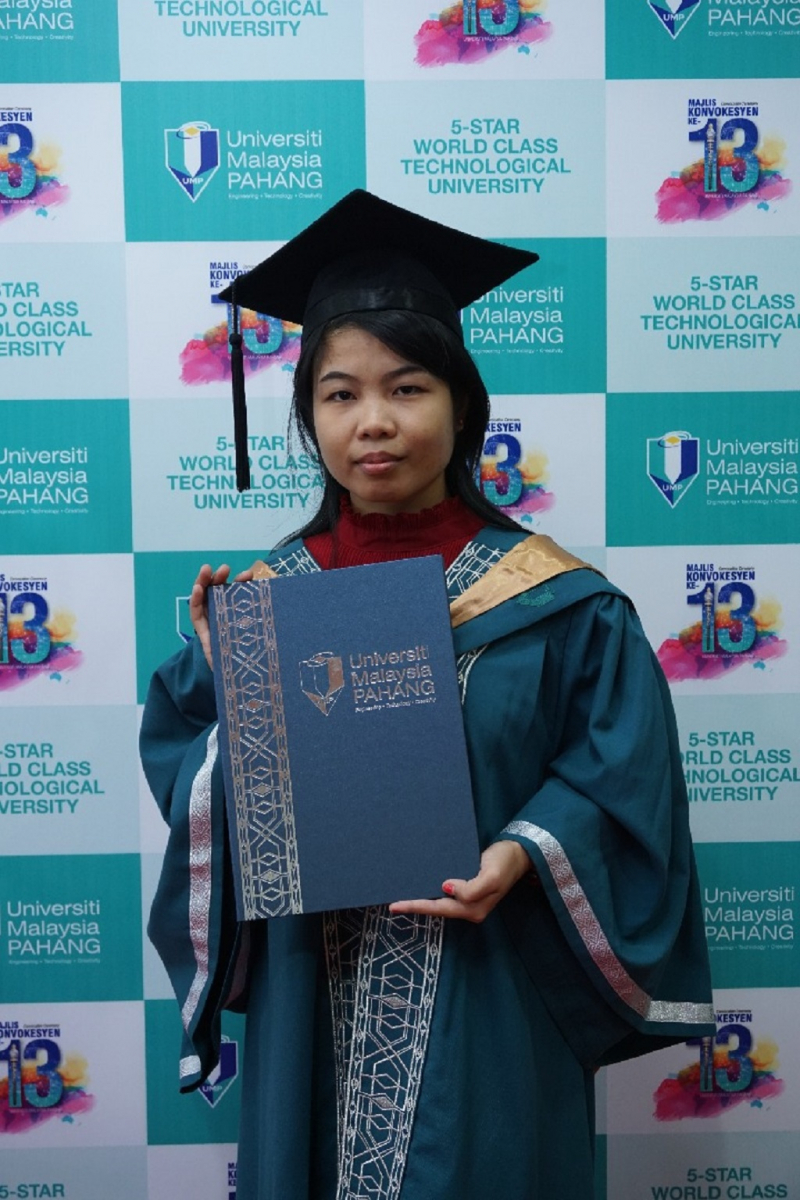 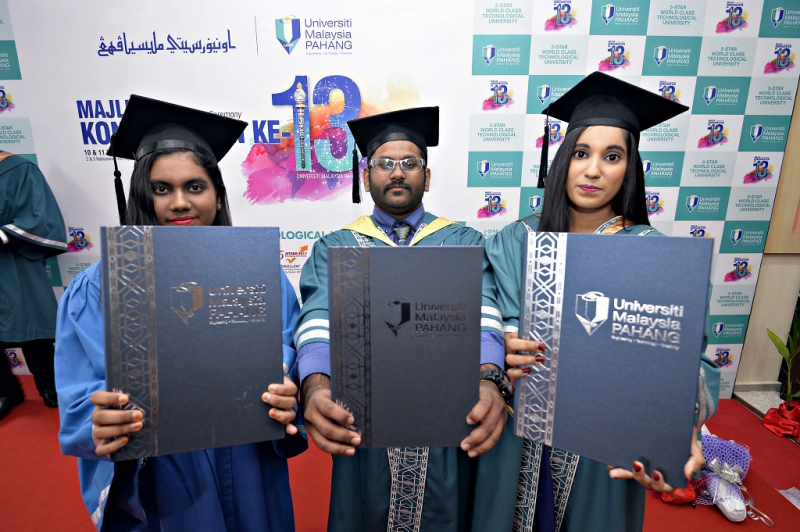