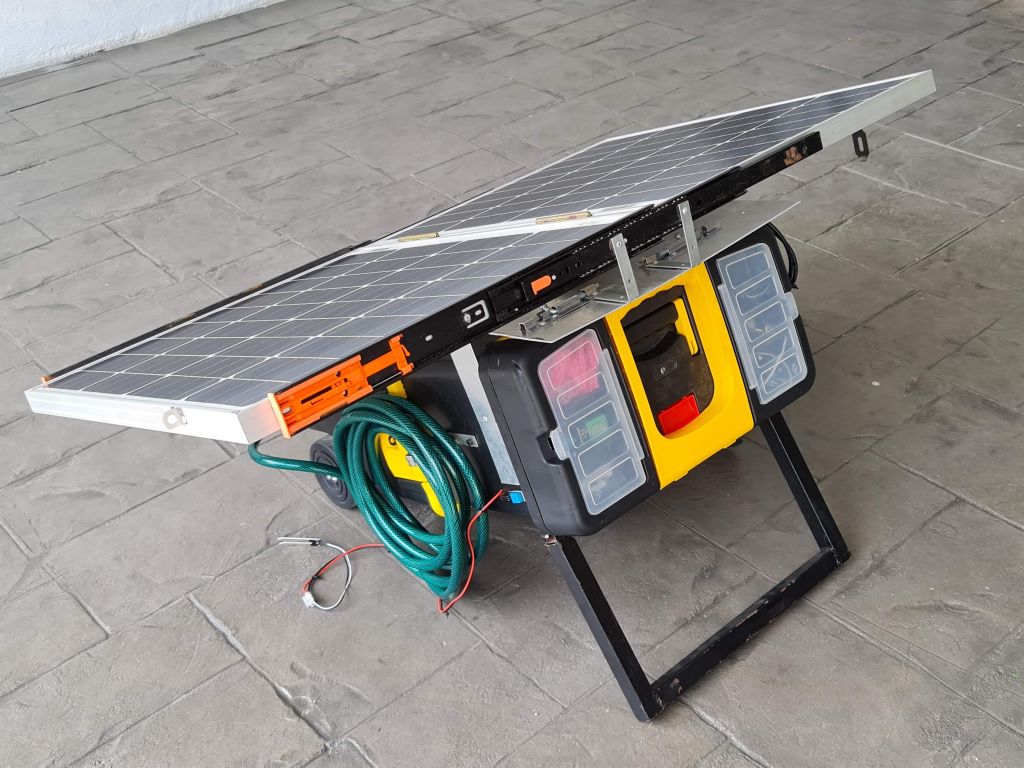 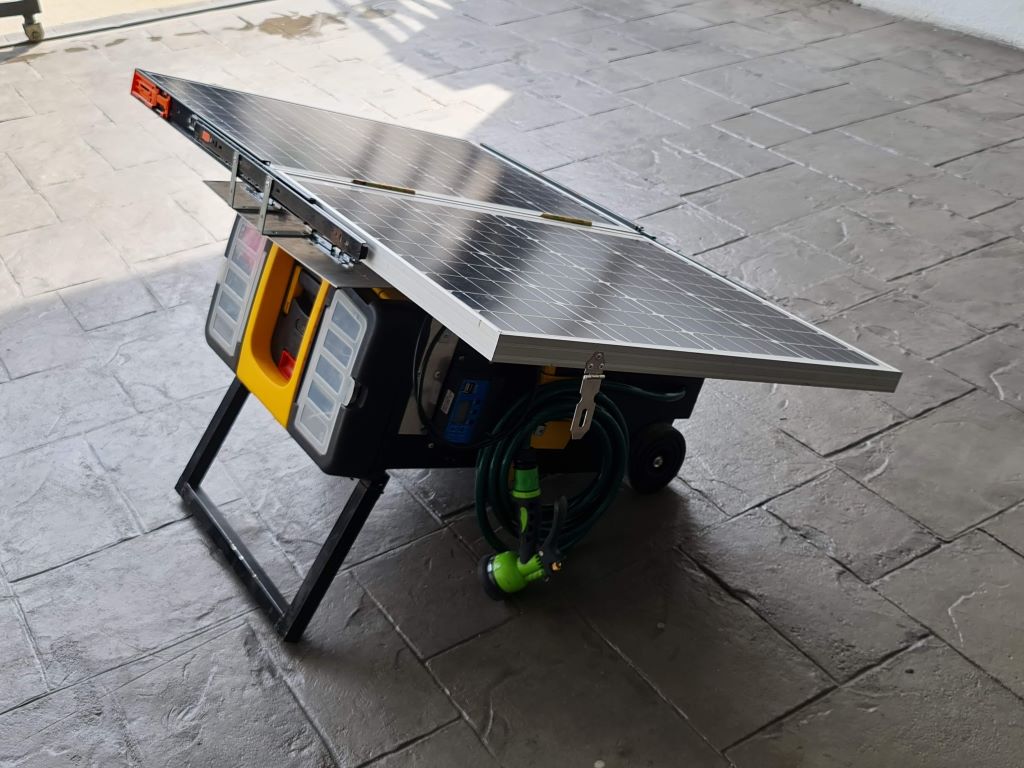 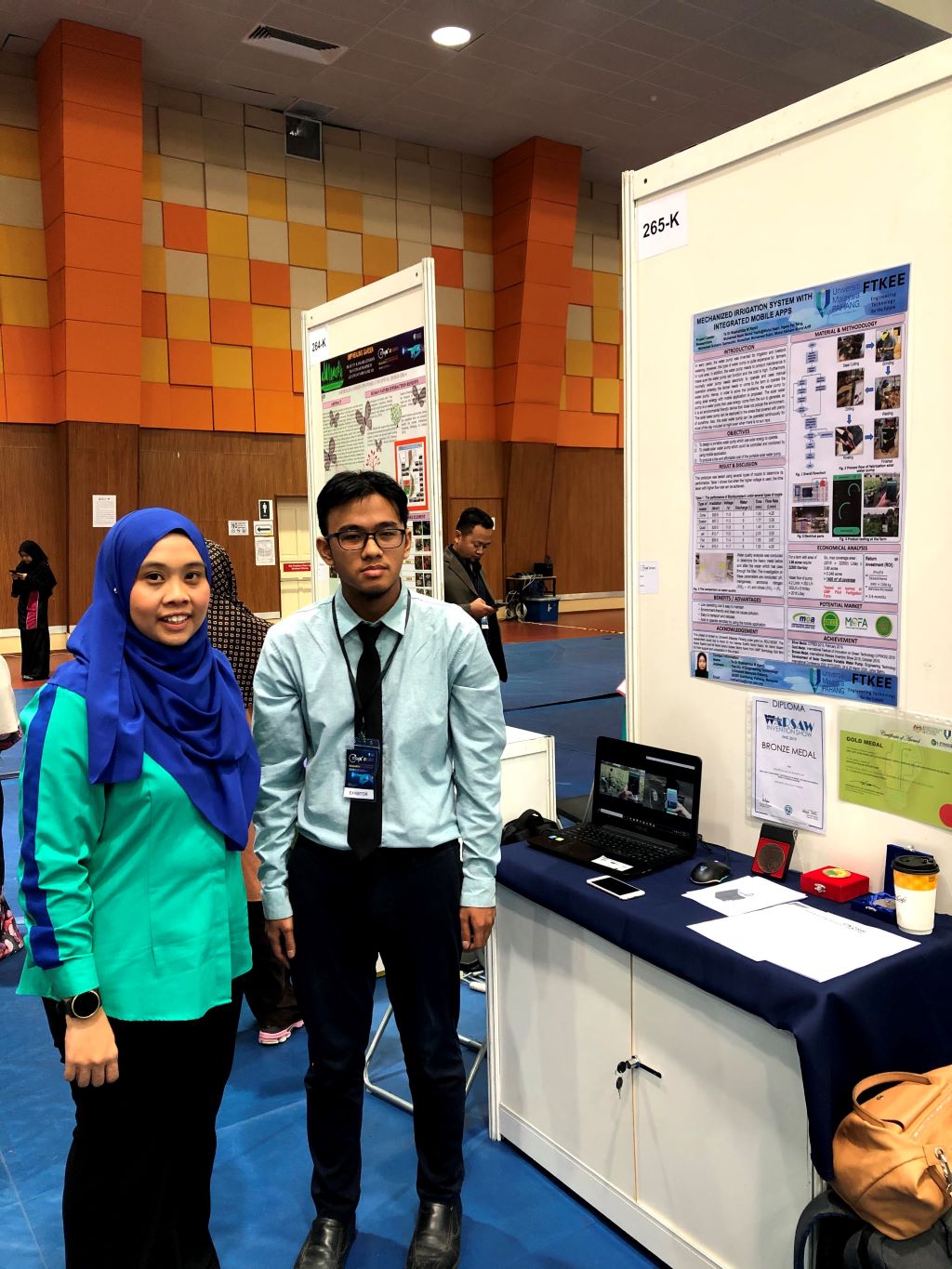 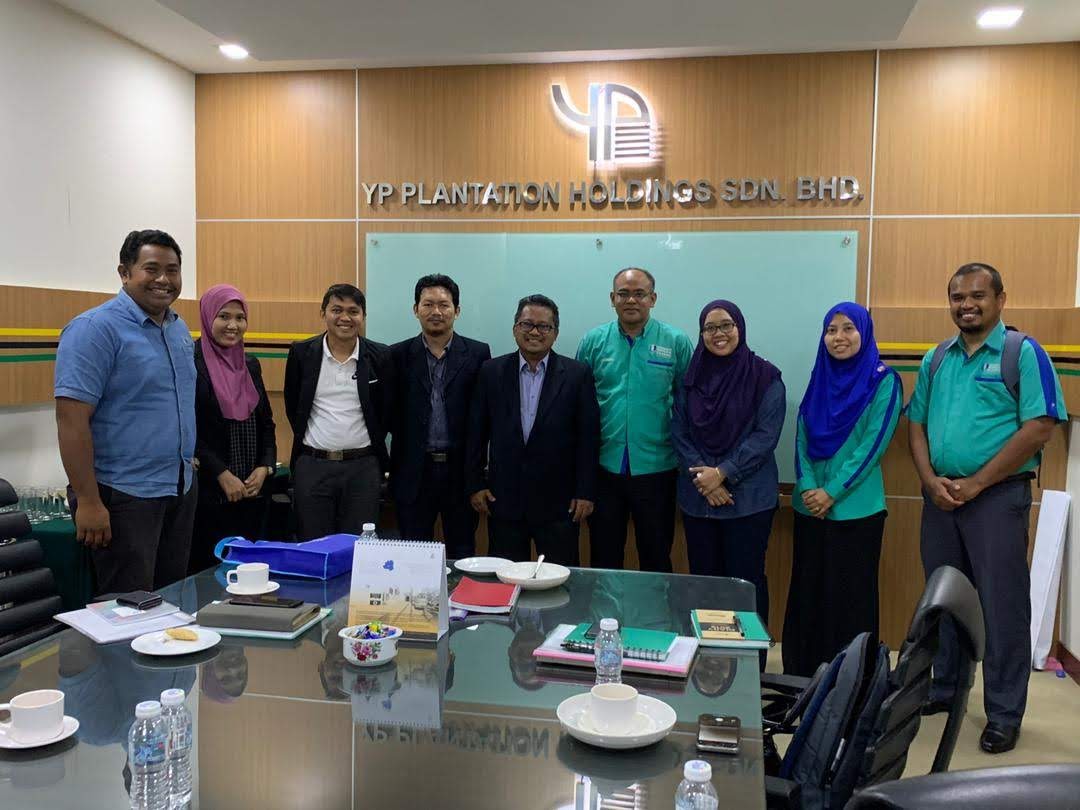 A researcher from the Faculty of Electrical and Electronic Engineering Technology (FTKEE), Universiti Malaysia Pahang (UMP), Ts. Dr. Roshahliza M Ramli, 38, has invented a small-scale and portable smart solar irrigation system for use in areas without electricity.

According to this Kuala Lumpur native, the system can be monitored and used from afar using the Wi-Fi communication system from a smartphone app.

“This research was started in 2018 for the first slightly larger prototype.

“Meanwhile the second prototype was developed in 2019 at a smaller size for portability with improvements to its communication features to assist monitoring by the user.

“The idea for this research project sparked after I interviewed farmers who sold their produce by the roadside in 2017, during which Pahang was going through quite an intense drought,” she said.

“Coincidentally the route to and from my office passes through an area with many produce farms with farmers selling their produce by the road.

“However due to the lack of water from the rain and other water sources being a distance away, a lot of the produce was affected.

This research was carried out with a Vocational Training Officer from the Centre for Design and Innovation of Technology (PRInT), Ts. Joharizal Johari, an Assistant Vocational Training Officer from College of Engineering, Mohd Shamsul Azmi Samsudin and seven final-year students from Engineering Technology programmes (Electrical, Manufacturing and Energy & Environmental) under the Senior Design Project (SDP) course in 2018 and 2019.

“When the prototype was successfully made, it was tested at the UMP Gambang fertigation site in collaboration with UMP Technology Sdn. Bhd.,” she said.

She further explained that the product uses solar energy to supply energy to the electronic components used in the irrigation operation system.

“It can store energy in its battery for use at a later time. It also has an electric water pump that operates long-distance using the smartphone app as a mediator.

“The app can display the surrounding data from the sensors in the product such as temperature, surrounding moisture and soil moisture.

“This machine also has a water filter that can help to improve the produce quality using cleaner water with no dangerous foreign substances,” she said.

She said that their end objective from the research is to assist and aid farmers and farmhands in managing their farmland without relying on foreign labour that may strain operational costs. Manufacturing this product will cost RM1,500 to RM2,000 per unit.

“In addition, water wastage can be controlled if the machine operating system is optimised according to the needs of the plants.

“The features of this product can be adapted to the needs of the farmer or farmhand for use on their estate or farm such as the irrigation operation system which can either be automatic, semi-automatic, or on a timer.

“Besides that, the product’s communication system can be chosen either via the smartphone app or internet link, Wi-Fi or SMS and many monitoring parameters such as soil moisture, surrounding temperature, rain detection and others,” she said.

“In the future, I plan to expand the functions of this product with the addition of monitoring cameras that can be viewed from the smartphone app that has been developed and controlling the electric pump in a smarter way using surrounding data.

“In fact, I also plan to improve the product so it can be used as a water jet to aid with post-flood cleaning efforts after seeing the floods in Pahang and the East Coast recently,” she said.

According to Ts. Dr. Roshahliza, after this project was completed at the end of 2019 and won a gold medal at CITREX 2020, Yayasan Pahang subsidiary YP Plantation Holdings Sdn. Bhd. (YPPH) showed interest in collaborating with the project team members to develop the irrigation system for palm oil plantations in Rompin, Pahang spanning 10.5 acres.

“YPPH has agreed to fund the project under the Industry Matching Grant for the first phase of the project involving a small palm oil germination site spanning 0.7 acres which will begin in March 2021.

“In 2019, the project won a silver medal in CITREX and a gold medal in the i-Finog innovation competition organised by UMP.

“Afterwards, the Student Affairs and Alumni Department (JHEPA) UMP selected this project to be contested in the International Warsaw Invention Show in Poland in October 2019 where it won a bronze medal,” she said.

She further said that it was a huge recognition for the students who worked hard to finish the project and improved it for CITREX 2020 where it won a gold medal.

“The project was also presented at ITEX 2020 held online and managed to bag a silver medal.

“I hope this project can help small-scale farmers who cannot afford to hire many workers and also simplify crop management using the technology that I developed.

“With the technology I developed, I hope that it can also improve produce quality as a local food source on par with the agricultural development in developed countries such as in Europe, India and China,” she said.

At the same time, she is also partaking in two other research projects, namely Speech Intelligibility Algorithm for Assistive Listening System for Hearing Impairment Improvement funded by KPT through the Fundamental Research Grant Scheme (FRGS) and the Development of Unmanned Ground Vehicle on Stability Study in Fork-lift Grasping for Automotive Application funded by Automotive Engineering Centre (AEC) Grant.