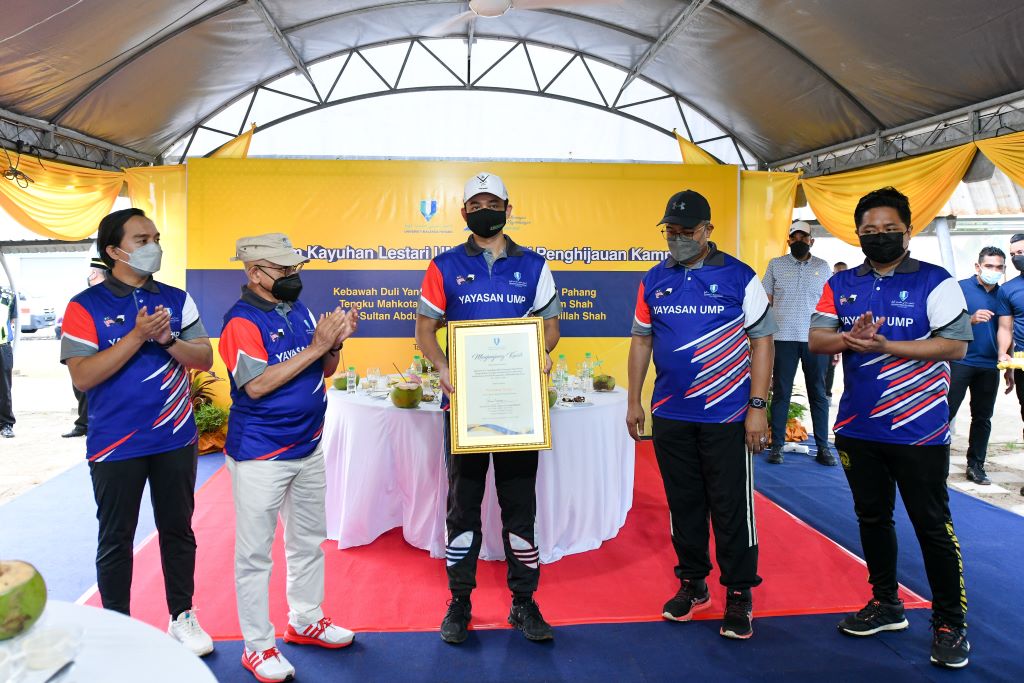 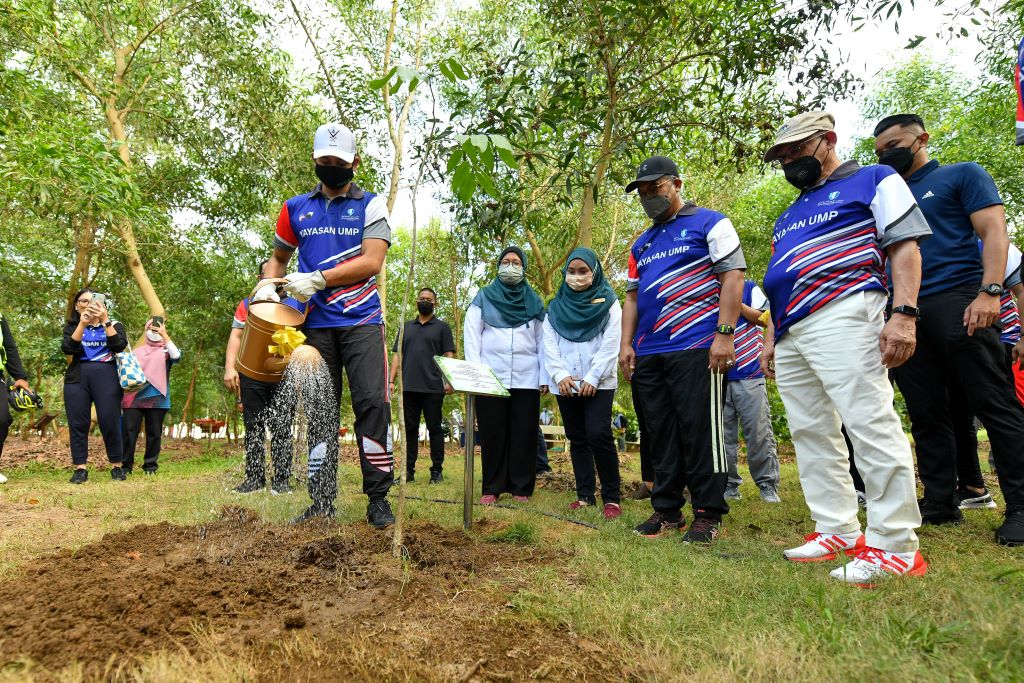 UMP is committed to conducting volunteering activities among UMP residents at various levels to bridge the gap between the community and the university community as a process of communitising the university.

This is in line with the university’s intention to communitise its existence as a public university (UA) so that its existence is felt, its presence can be seen, and its voice is heard by the community.

The appointment was presented by the Chairman of the Board of UMP, Tan Sri Dato’ Sri Dr. Abdul Aziz Abdul Rahman in the UMP Sustainable Cycling Programme: Campus Greening Initiative organised by Yayasan UMP.

UMP is actively conducting volunteering programmes based on the Sustainable Development Goals (SDGs), a global agenda in line with 17 goals to be achieved as introduced by the United Nations (UN) for all countries by 2030.

According to Tan Sri Dato’ Sri Dr. Abdul Aziz, UMP volunteers contributed a lot of effort and service in volunteering activities and achieving the SDGs for community sustainability including efforts to ensure access to affordable, reliable, continuous and sustainable energy for all, especially for campus residents and the local community.

“The involvement of students with volunteer activities will increase their level of achievement in terms of curriculum and co-curriculum and inculcate a high sense of responsibility to help the surrounding community in need.

“The culture of volunteerism among the younger generation needs to be strengthened as it can enhance the spirit of love for the country, mutual respect and tolerance between races in the country.

“The establishment of the Institute of Civilisation and Strategic Studies (ITKAS) at this university plays a role in fostering volunteerism, civilisation and strategic studies especially in the state of Pahang and in the country,” he said.

It is a special initiative under the UMP Sustainable Campus plan and commercialised through UMP Technology Sdn. Bhd., a UMP technology commercialisation company that supports the development of green campuses.

His Majesty the Regent of Pahang Tengku Mahkota Tengku Hasanal also agreed to complete the planting of the Malaysian National Tree, Merbau in Rimba Lestari.

In conjunction with the UMP 20th Anniversary Celebration, the programme also saw the handing over of the UC2 special vehicle plate to His Majesty the Regent of Pahang Tengku Mahkota Tengku Hasanal.

The combination of the two letters UC represents the letter U which is also the prefix of the word university, which is UMP, while the letter C is the official vehicle registration number for the state of Pahang apart from its special feature with a unique phrase You See.

The UMP special registration number UC can be purchased from 25 February at http://www.ucplat.com.my.