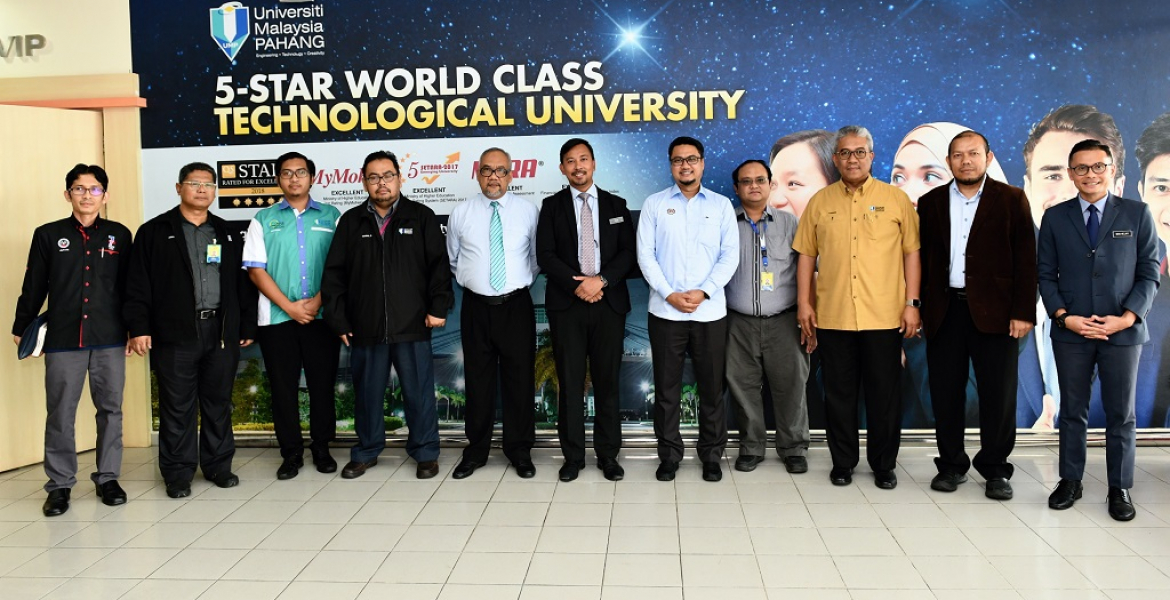 Students need to be courageous and have passion for knowledge

Students should take advantage of the many activities available in campus so as to strike a balance in their academic and co-curriculum activities, two things that will help build confidence and leadership style.

They can either join an association or uniformed units.

The balance depends on the student’s intellectuality gained from knowledge and good reading which also helps to build up confidence and shape one’s leadership style.

Higher Education Department’s Holistic Undergraduate Division Director, Dr. Zaid Omar said apart from the abolishment of AUKU, the return of the students’ right for freedom of speech and freedom to join any political parties were expected to add colours to student activism.

The setting up of Students’ Union was also a significant aspiration to be implemented, he added.

“The Students’ Union is part of the Ministry of Education’s aspiration to reform institutes of higher learning and produce mature and independent graduates and most importantly, graduates who are prepared to push for changes.

“Graduates must think wisely and be far-sighted, courageous, be able to raise major and critical issues and play pivotal role not only at the university level but also at the international level.

“Good ties developed with the management that understands problems faced by the students will make student activism a movement that can elevate the life status of a society,” he said.

Malaysia Youth Council President, Jufitri Joha said by instilling the interest in reading among students, it would boost their idealism and inspire them to get involved in student activism that would serve as a strong platform to develop their identities, persons of wisdom who could lead and manage.

“An interim study carried out recently by the National Library found that Malaysians’ reading habit has increased. In 2014, the average number of books read by Malaysians was 15 books a year,” he said.

He added that students and youths had a responsibility to not only study but also to develop the community and as such, they should be empowered to hone their leadership talent.

“Take Muslim scholar Dr. Yusuf al-Qaradawi as an example. He is an academician, a preacher and prominent figure of a great movement. He is actively involved in student activism, social activities and has an intellectual mind that contributes to the concept of reform,” he said.

He noted that as a student, there was no compromise in their pursuit of knowledge.

“In fact, we are told to love books and to acculturate knowledge by reading books other than the syllabus set by the university.

“Students also need to change their status from just a normal student to a student of global thinking, one who champions issues involving students as well as the society and be the spokesperson on international issues including world justice.

“Let the life you live now be a meaningful one, go out and mingle with the society, interact with people at the outside,” he said.

“The way the youngsters interact now is different and in fact, they are seen as not that interested in politics or political parties or even reading. They prefer information in the form of info-graphic.

“By getting involved in associations, they will be exposed to the interaction medium, be creative in delivering messages and gain some benefits from the skill.

“Students should have more dialogues to solve problems that arise. Each university has its own way of shaping values in student activism. The set-up of a Students’ Union must be in tandem with the university’s identity,” he said.

The three guests were speakers invited for the Fourth Series of the Talk by Prominent Public Figure, a programme organised by the Office of the Vice-Chancellor and UMP Academic Staff Association (Pakad).

The talks centred on the topic, ‘Students Activism and Youth: Consultative or Confrontational’ and the moderator was Pakad Deputy President, Dr. Ahmad Johari Mohamad.

The programme was held in conjunction with the induction week for new students on September 3, 2019.