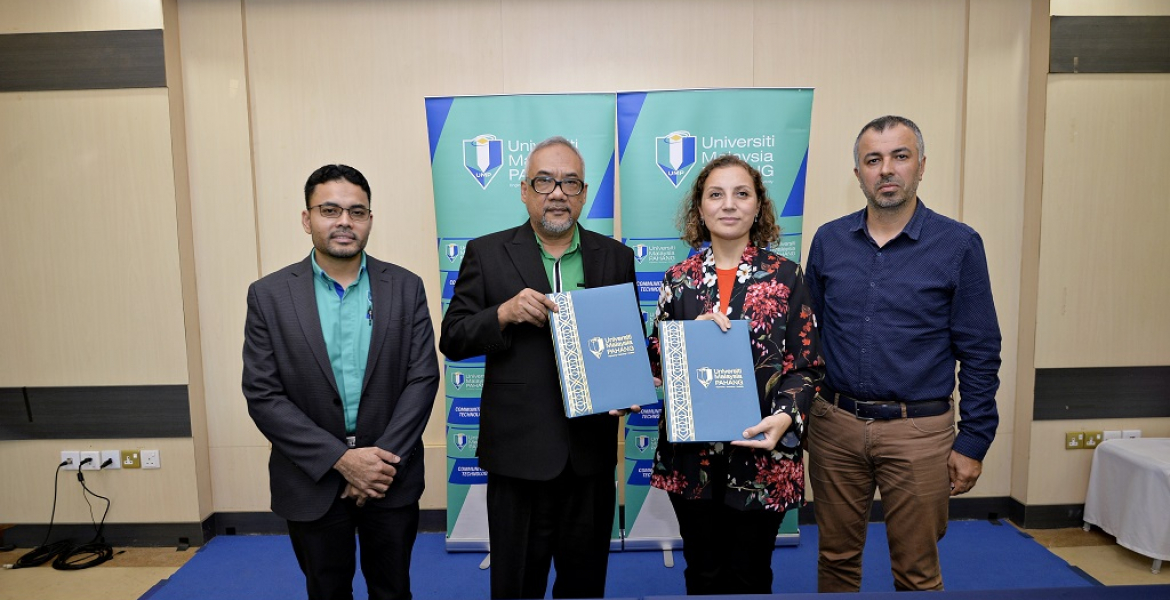 Universiti Malaysia Pahang (UMP) recently inked a Memorandum of Understanding (MoU) with Duzce University (DU) of Turkey to boost developments in academic and research, as well as to strengthen bilateral relations between the two nations and public institutions of higher learning.

DU is a public institution of higher learning located in the Black Sea territory of Turkey. It was established in 2006, and now boasts an enrollment of 33,000 students pursuing their tertiary education in 14 faculties. Situated at DU, there are also four institutes, two colleges, 10 vocational schools and several centers of research and applications, including a research hospital.

According to Professor Dr. Ir. Wan Azhar, the two universities have agreed to collaborate on promoting tertiary education and bilateral relations between the two public institutions of higher learning – spelt out in terms of an exchange programme between their academic staff, researchers and students.

“Via this MoU, both universities hope there will be an enhancement of sharing of experience and transfer of expertise in several fields,” said the Vice-Chancellor.

Speaking of the exchange programme, DU Rector, Professor Dr. Nigar explained that the academic and research collaboration between the two universities will be conducted under the “Mevlana Exchange Protocol”, which will be fully sponsored by the Turkish Government.

“The Mevlana Exchange Protocol was established to enable exchange programmes of academic staff and students between public institutions of higher learning in Turkey and other countries in the world,” emphasized the Rector.

He hoped the collaboration with UMP will see staff and student mobility, and potential further discussions on the Erasmus Plus Programme – an European Union programme for education, training, youth and sport, which runs for seven years from 2014 to 2020.

Opportune to the signing ceremony at UMP, the Turkish delegation was also treated to a talk on “Plant-based Special Ingredients for Food & Drinks” as well as meetings with the Director of Centre of Excellence for Bio-Technology Industry Cluster, Associate Professor Dr. Nina Suhaity Azmi, and fellow researchers.