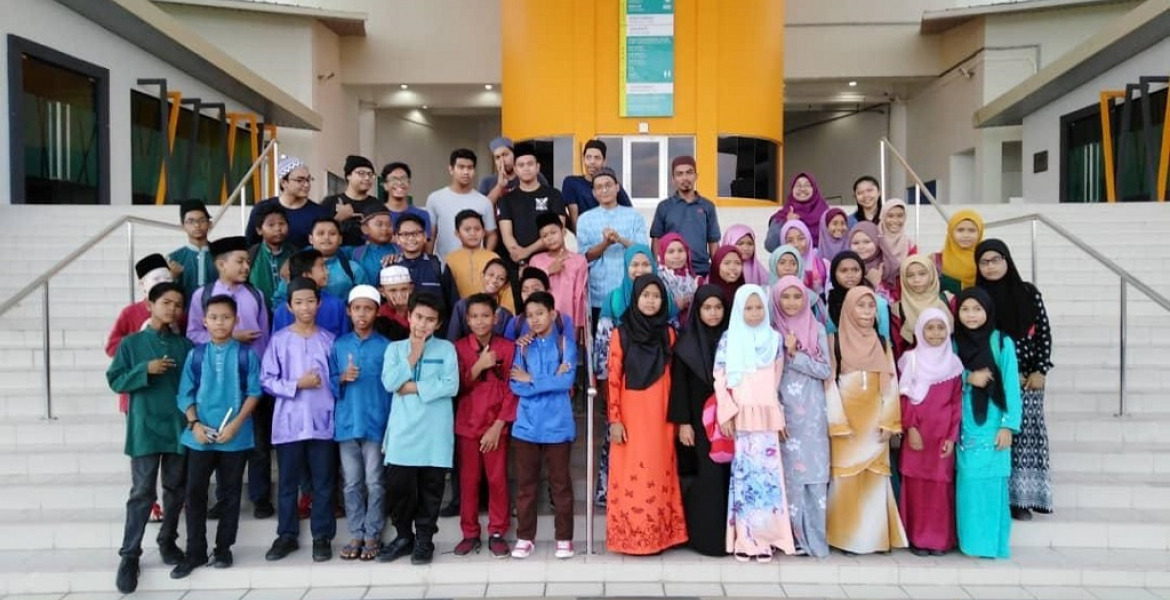 It was an exciting experience for 41 Year Six pupils from Sekolah Kebangsaan Serandu in Pekan for they got to join their facilitators and Universiti Malaysia Pahang (UMP) students for iftar in the university’s campus in Pekan on May 14, 2019.
The pupils were participants of a programme called MyCilik Serandu, where they were given motivation and guidance in preparing for the public examination, Ujian Penilaian Sekolah Rendah (UPSR).
It was part of the activities outlined in the university’s Cahaya Ramadan programme organised under UMP’s MyGift initiative.
During iftar, the pupils ate their meals together with their facilitators and other undergraduates in big trays, a tradition that had been practiced by the university community in UMP Mosque.
Project Manager, Muhd Hariz Asyraf Marzuki said programme such as this was very helpful in preparing the pupils for the exam and they also got to spend some time with their facilitators during the Ramadan month.
“The iftar, served in big trays which has been the university’s tradition, will help to foster closer ties among them.
“You can see that they are enjoying the experience from the smiles on their faces as it is their first time eating from big trays,” he added.
One of the pupils, Muhammad Yaakob Jailani, said he was happy to be able to participate in the programme, experience the pleasant life in campus and broke fast with the facilitators, adding, it made him motivated to do his best and to step foot as an undergraduate in a university one day.