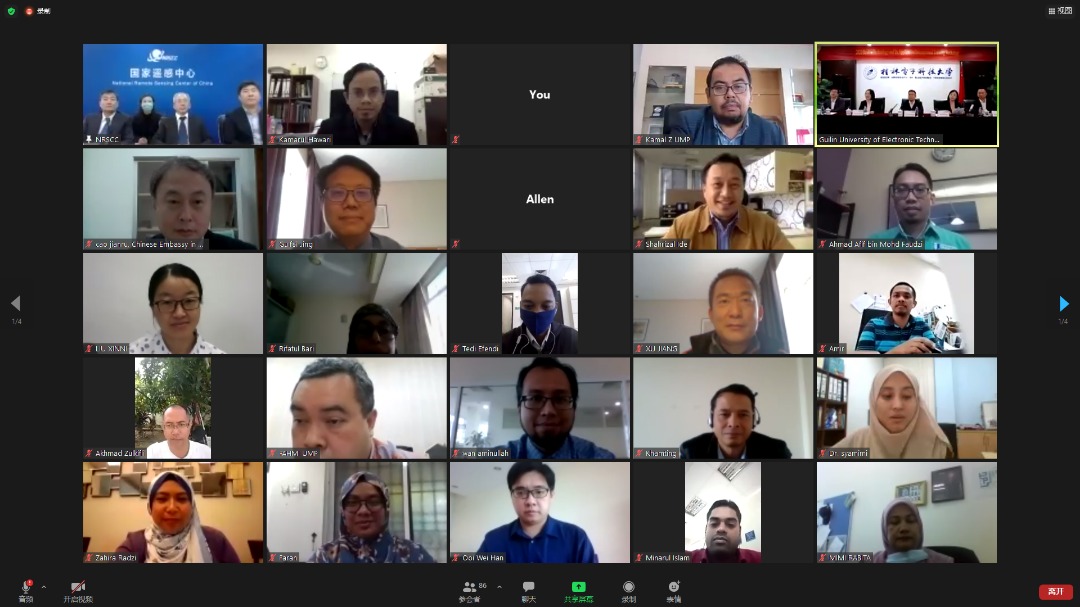 The forum themed ‘New Industrial Development, New Ecology Integration’ which took place online and physically brought together experts in the field of satellites to discuss the activities of the Global Navigation Satellite System (GNSS) in their respective areas of expertise.

GNSS is a satellite system that provides location information on the earth's surface.

These navigation satellites are designed for positioning and navigation on land, air, and sea.

The organization of this forum has the cooperation of the People’s Government of Guangxi Zhuang Autonomous Region, China involving the participation of many parties including industry, academics, agencies, and institutions from China and other countries.

In this forum, Professor Ir. Dr. Kamarul Hawari Ghazali from the Faculty of Electrical and Electronics Engineering Technology (FTKEE) also presented the results of cooperation between UMP and the Guillin University of Electronic Technology China (GUET) in the research of landslide control system (Land Deformation System).

“The technology developed by the expertise from UMP and GUET includes the installation of this system at the KM94 East Coast Highway (LPT) location near the Lanchang exit to monitor land movement and detect landslides.

"Besides that, this system is also capable of obtaining real land movement data in real-time (real-time) for 24 hours and any major land changes can send the information to devices such as mobile phones and other devices.

"In fact, this system also uses satellite data reception technology that allows it to track the position and movement of the ground," he said.

He added that this system can be expanded to control large building structures or any high-risk structures such as dams, substations, oil rigs, buildings, bridges, and others.

"Currently, his party is installing this system in other locations with the cooperation of federal government agencies and also several states in Malaysia," he said.

UMP has been a permanent member of this forum since 2016 and the collaboration between UMP and GUET is also utilized not only in the field of research but also provides experience involving student mobility and sharing expertise in organizing forums internationally.

Other entries include Peking University, Beijing Northern United Star Technology Co., Ltd., and the Laos Ministry of Agriculture and Forestry.