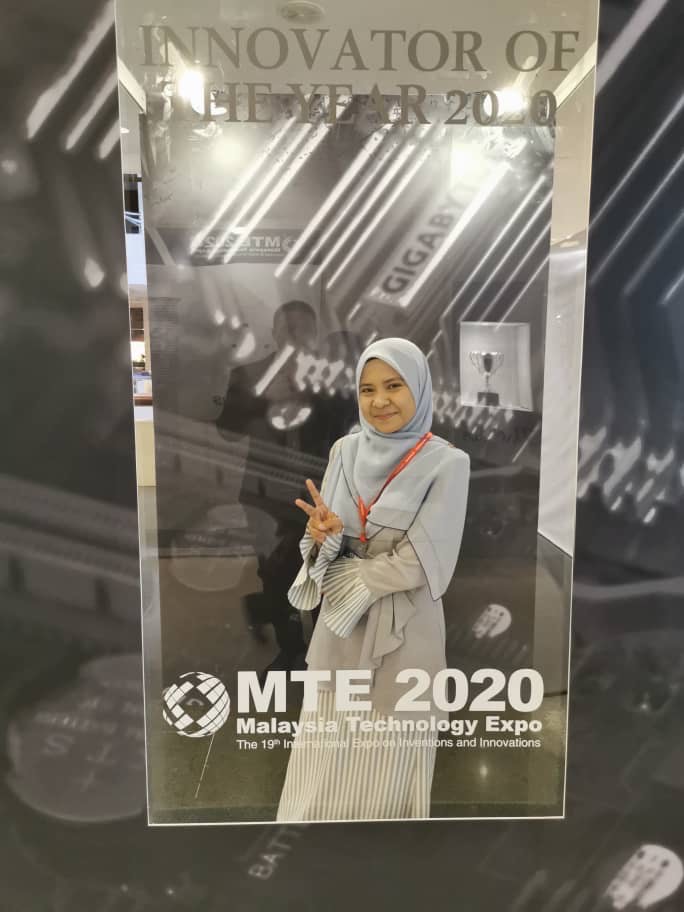 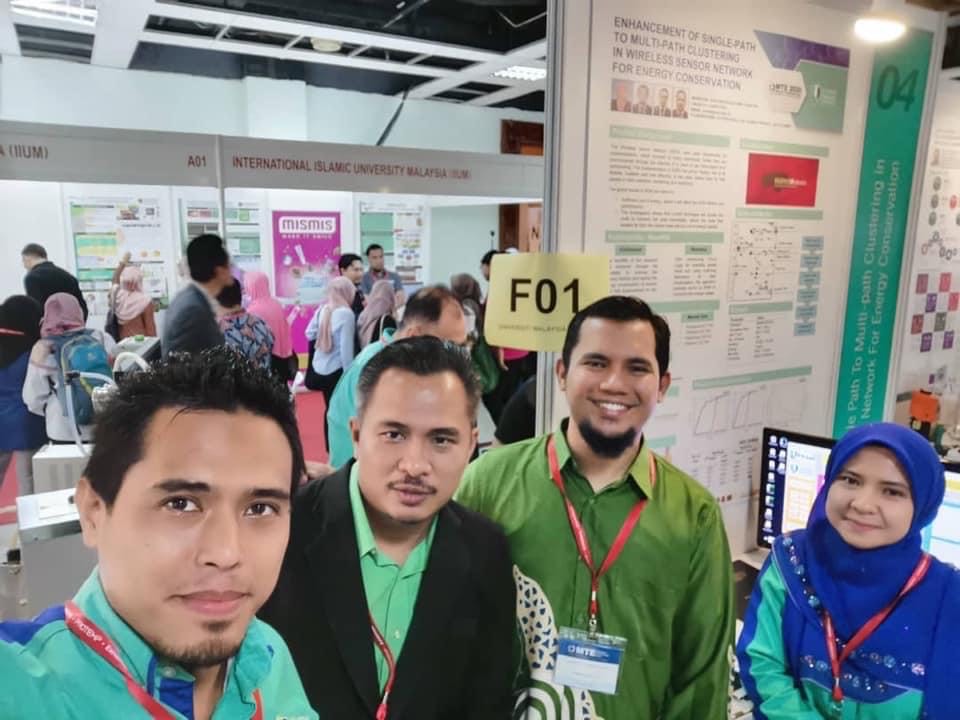 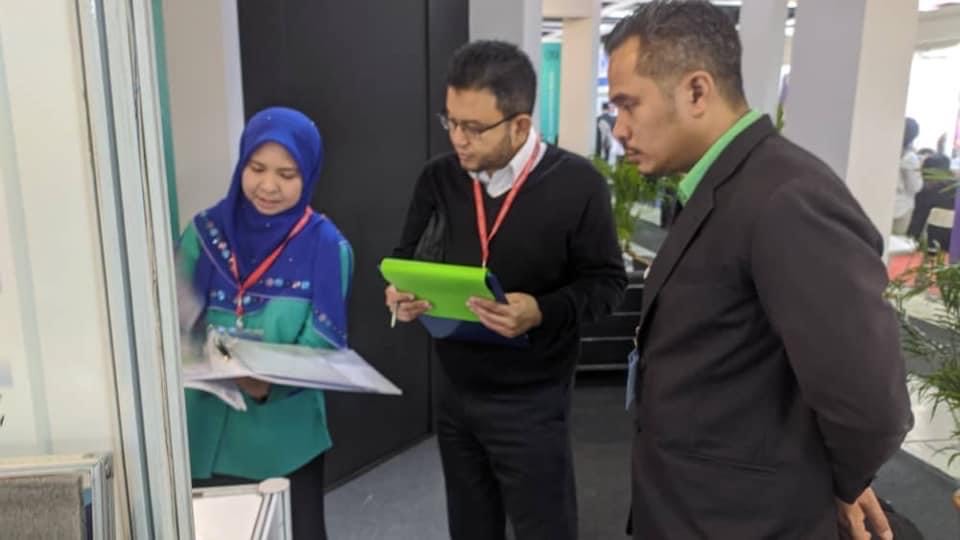 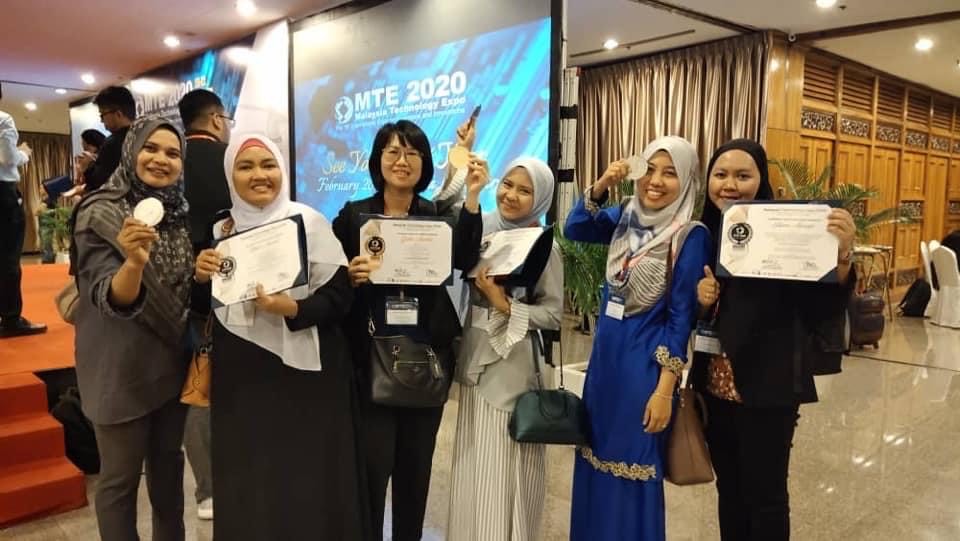 Kuantan, 26 October 2020 - Batteries are an important element for wireless sensor nodes to perform the process of sending and transmitting data.

If the algorithm to minimise battery usage is not emphasised, the lifespan of a sensor will be short and not functioning properly especially when used in areas without electricity supply such as for forest monitoring operations, earthquake signals, crops in farms, and military activities in the forest area.

Based on the situation, a lecturer from the Faculty of Computing (FK), Universiti Malaysia Pahang (UMP), Dr. Wan Isni Sofiah Wan Din, 36 developed a method to extend the life of the sensor thus saving battery usage.

This research was made possible with other lecturers from FK, Ahmad Firdaus Zainal Abidin and Ts. Dr. Azlee Abidi, as well as a Master of Science (Computer Networks) graduate who is currently a lecturer in Politeknik Muadzam Shah, Asyran Zarizi Abdullah.

According to Dr. Wan Isni Sofiah, to extend the life of the sensor, artificial intelligence element, which is fuzzy logic, was created to identify sensor that has the potential to become a cluster head.

“Sensor node that gets the highest chance to become a cluster head through the use of a fuzzy logic method is responsible for receiving, collecting and transmitting data to the base station.

“The optimal position of the sensor node is proven to be able to reduce battery consumption during the data transmission process either through a single-path or multi-path method.

“Through this method, the lifespan of the sensor nodes can be extended,” she said.

She added that this idea sparked in 2012 when the use of sensor batteries was a very important study among researchers.

“As we all know, sensor nodes have a minimum limit in battery power consumption.

“However, many studies at that time only focused on using traditional methods and less applied the element of artificial intelligence.

“In fact, the design of network that time also varied,” she said.

Therefore, she came up with the idea to introduce the optimal number of sensor node clusters, selection of the right cluster head, effective combination of parameters using artificial intelligence elements, and data transmission and reception methods capable of optimising sensor node battery usage.

This research officially started in 2107 and fully completed in early 2020 with an improvement with the transmission of data via the single-path method and then added with the multi-path method.

She explained that to produce better output, the distribution of sensor nodes in a cluster needs to be improved.

“It starts from the use of K-optimal formula to K-Means. However, the combination of parameters (residual energy, centrality and communication cost) that uses fuzzy logic elements is maintained.

“The position of the base station is in the middle of the sensor area with coordinate 50,50 to ensure that the distribution of sensors is not too far from the base station for the purpose of data transmission.

She added that the sensor node will transmit data to the cluster head before being transmitted directly via single-path or multi-path to the base station for the use of certain parties.

“The selection of a cluster head is crucial because it is responsible for receiving, collecting and transmitting data to the base station and then chooses the nearest path for transmission and saving battery energy during operation.

“If the cluster head has been exhausted, this algorithm will continue to find a suitable sensor replacement based on the use of fuzzy logic to ensure uninterrupted operation of sensor nodes,” she said.

At the end of the research, she hopes to implement this algorithm on sensor devices.

This algorithm has also attracted the interest of Tabung Haji for monitoring oil palm trees.

“This study has covered a large area of sensor; most of the available algorithms are less focused on a large monitoring area.

“This algorithm is capable of solving the problem of monitoring, especially for large areas.

“MOVERobotic Sdn. Bhd. has expressed its interest to collaborate in this research and apply the algorithms on its devices.

“This company will create a new device to customise the developed programming,” she said.

“For now, the cost for the algorithm discussed with MOVERobotic Sdn. Bhd. is in the range of RM30,000 to RM50,000. This algorithm will be incorporated into the new device according to the suitability of the current device technology.

“I certainly hope that this algorithm can be immediately applied to sensor devices and can be tested live on a wide range of monitoring systems such as farms, forests and public areas,” she said.

The results of this study can solve many problems related to monitoring, especially in areas far from electricity sources.

The durability of the sensor node battery is proven and ready to be applied widely.

At the Malaysia Technology Expo (MTE) 2020 organised at the World Trade Centre Kuala Lumpur on 25-27 March, this research won a silver medal.

By: Nur Hartini Mohd Hatta, The Office of SUARA UMP